Home
Internet Marketing
Blog
5 Mistakes I Made as an Entrepreneur

Hello online fanatics, today I will tell you the 5 vital mistakes I made in my online journey. Hopefully this will prevent you from making the mistakes I did. 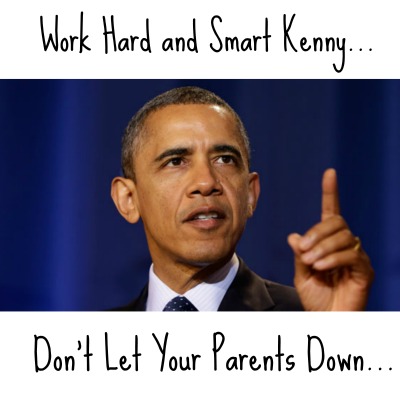 I remembered the first time I hit the $1000/month mark with SEO. Instead of patting my self in the back and carry on working towards $2000, I started to slack. I spent the subsequent month doing nothing but play video games. While it didn’t affect my business too much during that month, it came back to haunt me later on…

I had a bad patch 3 months after when my business wasn’t generating as much as I wanted it to. I had to cut back on my expenses to make sure I stay a float.

At that moment I realized I had made a major mistake. It is cool to celebrate 1 day for reaching a goal, but to completely have fun and do nothing productive was not acceptable.

I guess the whole passive online income really got into my head and I got giddy.

When you work from home, there is no one telling you what to do. While it is cool to have free time and do whatever you want, it does require you to have some discipline to get things done.

Heck, sometimes I don’t even know what day of the week it is because they are all the same to me.

It is very easy to not follow on with tasks that I said I would do since nobody would be there to punish me. Well, my business definitely felt it a few months later.

Therefore, I have started to tighten up my schedule and gave my self a deadline to finish certain things. I use my biggest fear to propel me forward to get things done. One of my biggest fears is that I won’t be able to provide for my family and then I would have to go back to the work force.

Not that the work force is bad… it is just that my freedom will be compromised, which is something I don’t want.

Now I have a strict schedule to get certain things done and I definitely got a lot more things done.

#3 Balance Work with Other Activities

I personally enjoy spending time alone and I don’t go out often. This has put a strain on my relationships with my friends and family. I am the type that can spend an entire week alone and be fine with it.

Obviously this is not the healthiest way to go, so I have made a commitment to spend 1 day minimum with friends or family. This will also make me socialize more.

#4 Never Prepared for the Unexpected

After building enough income where I had enough to get by, I stopped working hard. I was getting by just fine and I really didn’t think too much about it.

All of a sudden, my dad and mum both lost their jobs. Okay…well I might potentially have to go back to the work force if I have to support them.

Life can really throw you many curve balls and you won’t know when that is going to show up. This is really a harsh lesson for me because I should have known better.

However, there is no use dwelling over it too much but to move forward and find plausible solutions.

I never gave myself too much thought on why I wanted to make a lot of money. Honestly, I am super low maintenance and it only takes decent food and video games to make me a happy guy. I am already living the internet lifestyle. Perhaps the other things I need would be perhaps a girlfriend/wife.

I did give it a shot back in college, approaching over 327 girls and gotten 4 dates. However, I realized that I turned into a pick up robot that only wanted to get into the girls pants, which wasn’t really fulfilling. Don’t get me wrong, getting laid is fun and everything, but I just didn’t enjoy hanging out with a girl for the sake of getting laid. Or perhaps I haven’t found a girl I connected with. 😛

Call me stupid or dumb for missing out on the “best years” of a man’s life. I would rather sit home and play games than go to the club and trying to get laid.

However, recently, I thought long and hard on the pursuit of money again. I actually found the answer. It was to allow my parents to retire without having to worry about money.

As a man, I don’t think I have fulfill that request and it really irks me that I haven’t been able to do so. I can’t blame anyone but myself for a lack of focus and drive.

Now that I have found it though, I will do my best to make sure I hit my goal by the time the clock ticks down in February 2015… 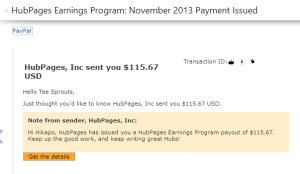