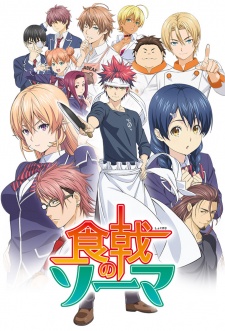 Here are my top picks for anime similar to Shokugeki no Souma. Keep in mind the list is in no particular order. Enjoy! 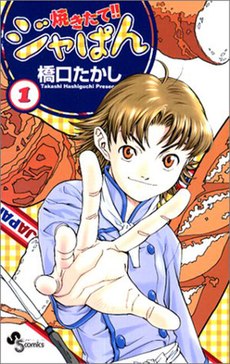 Azuma Kazuma isn’t terribly clever, but he’s got a good heart and great skill – at baking. Since childhood, he’s been on a quest to create the perfect bread to represent Japan internationally. Now, he seeks to enter the famous bakery Pantasia, in hopes of reaching his goal. But plots abound… 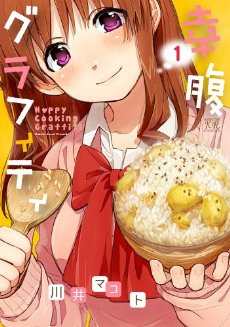 After her grandmother passed away, high school student Ryō Machiko began living by herself. Although she recreated her grandmother’s recipes perfectly, she felt that something was missing. However, when a girl named Kirin begins visiting her home, she realizes that company makes any meal taste better. Together with their friend Shiina, they enjoy many different kinds of delicious foods together. 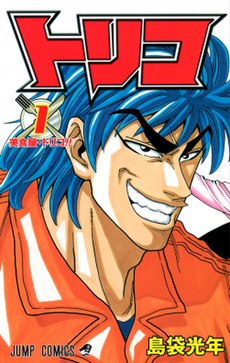 In a world where the taste and texture of food is extremely important there exist individuals known as Bishoku-ya (luxury food providers) who specialize in the acquisition of rare ingredients and animals. Toriko is one of these hunters and it is his dream to find the most precious foods in the world and create the ultimate dinner course.

As one of the most skilled hunters in the world he is regularly hired by restaurants and the rich to seek out new ingredients and rare animals. A man with inhuman ability, he utilizes his incredible strength and knowledge of the animal kingdom to capture ferocious, evasive and rare beasts to further his final goal, the ultimate dinner course composed of the most delicious food in the world. He is currently accompanied by a weak and timid chef who, inspired by Toriko’s ambition, travels with him to improve his culinary skills and find rare ingredients.

Ichigo Amano is an average, sweets-loving, 14 year old girl who dreams of becoming a pâtissiere like her grandma. One day, she is scouted by a genius pâtissier to enroll in St. Marie Academy – an elite patisserie school. Here she meets new friends and the Sweets Spirits, which partner with humans to help make their dreams come true.

Genius gamer siblings (plus being NEET & hikikomori) Sora and Shiro are known as the undefeatable “__” (blank). Their talents and skills are so good they are considered as urban legend. One day, a young boy named Teto appears before them, claiming to be the “God” of another dimension where Sora and Shiro are summoned to, in which no violence is allowed and everything is decided by a game.

Of the 16 different races residing in this world, “Humanity” is the weakest. After having the vast majority of their lands captured by the other races and being driven to the brink of extinction, Sora and Shiro challenge these one-of-a-kind battles of the intellectual powers in order to save Humanity. Yūgo Hachiken decided to escape from the stressful school and home environment in the city by enrolling at Ōezo Agricultural High School. Unlike his peers who’ll eventually embark upon an agricultural career, he decides to study there only because he believes it’ll be less competitive academically. Unfamiliar with his new surroundings, he tries his best to adapt to the agricultural world he had never thought of living in.