9S is a 6 star unit that plays the Support/Debuff role. His stats are good for his role giving him a nice pool of health to stay alive and be around to lay down buffs and debuffs.

9S is set up very nicely in his skills to dealing damage, inflicting debuffs, and giving some good buffs to his allies. Most of his attacks either inflict one of the main status ailments or decreases enemy stats.

His Purege: ATK/DEF is great for its 50% cut to both stats one enemies being a big game changer depending on the situation. His equipment isn’t half bad either so for a Support he’s set up pretty well.

Verdict: A good 6 star for laying down stat decreases and status ailments.

9S is neutral to all elements and status ailments.

A unit of the YoRHa soldiers, a group from a faraway world made up of androids. Though capable at close-range combat, he was specially designed as a research unit and is good at gaining information via hacking. He is comparatively more emotional and expressive than other YoRHa Soldiers and is very kind. He is also very curious and has a childlike way of talking. His proper name is YoRHa No. 9 Type S. 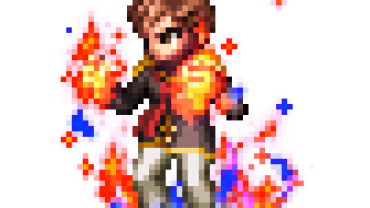