Ang is a 6-star unit that plays the Physical Damage role. His stats are great all around making him just as good as most other 6-star units stat wise.

His skills are set to his job of being a Hunter, lots of Bow themed attacks. Along with the trait Master Archer giving a stat boost when using a Bow.

He has a lot of good damaging skills and some with secondary effects. Some of his better are Petrifying Shot, Penetrating Shot, and Ash Shot.

Each of them allowing you to select 3 specific enemies for the effects of the attack to focus on. And the effects they throw out are pretty good damage with some other effects tacked onto them.

And just like Yan, Ang has some of the same Traits that involve the two of them being in a party together. These traits activate his conditional abilities.

So on top of being a good damage unit, he has some bonus utility if Yan is in a party with him. Whether on his own or paired with Yan, he’s a pretty good unit.

Verdict: A great damage unit on his own. Better when paired with Yan.

Ang is neutral to all elements and status ailments.

Ang can equip 2 weapons and 5 armor.

A young archer from a certain village of swordsmen. Unfortunately for Ang, lacking a talent for fencing meant growing up under the judgmental eye of the other villagers. It was only by chance that one day a wandering traveler introduced him to the bow and arrow, and discovering he had a knack for it, decided to become an archer. Having come a long way, Ang is now confident that his skills with the bow far surpass those of any swordsman. 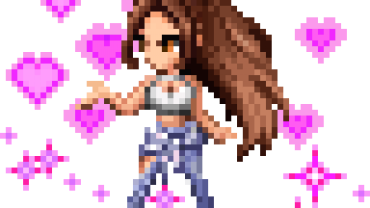