Home
Anime
10 Anime Like The Irregular at Magic High School 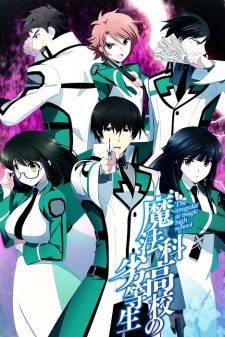 Here are my favorite picks for anime similar to The Irregular at Magic High School. The list is in no particular order!

The Legend of the Galactic Heroes

For decades, the Galactic Empire has been locked in an interstellar war with the Free Planets Alliance, a conflict that involves thousands of spaceships and millions of soldiers on both sides. Two new commanders enter the conflict with great hopes: Imperial Admiral Reinhard von Lohengramm and the FPA’s Yang Wen-Li. As they deal with superiors and subordinates, maneuver through complicated political arrangements, plot strategies, and win battles, each will be tested, and ultimately, changed, by the reality of war.

Genius gamer siblings (plus being NEET & hikikomori) Sora and Shiro are known as the undefeatable “__” (blank). Their talents and skills are so good they are considered as urban legend. One day, a young boy named Teto appears before them, claiming to be the “God” of another dimension where Sora and Shiro are summoned to, in which no violence is allowed and everything is decided by a game. Of the 16 different races residing in this world, “Humanity” is the weakest. After having the vast majority of their lands captured by the other races and being driven to the brink of extinction, Sora and Shiro challenge these one-of-a-kind battles of the intellectual powers in order to save Humanity. 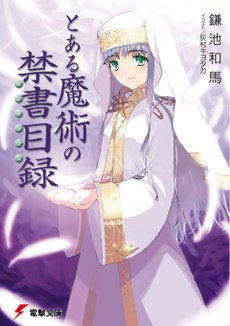 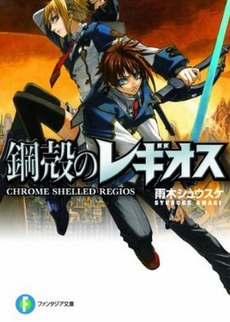 “The fourth true ancestor” is a legendarily strong vampire that shouldn’t exist. Accompanied by the 12 “gun-beasts,” this phantom vampire is said to have appeared in Japan. In order to find and kill this “fourth true ancestor,” the government and the Lion King Organization order the dispatch of attack mages called “sword-maidens.” For some reason an apprentice named Yukina Himeragi was chosen for the task. Wielding the strongest spiritual spear, Yukina comes to the special demon district Itokami City. There she encounters Kojou Akatsuki and learns the true nature of the “fourth true ancestor.”