Do you want to get nuts? Then come on, let’s get nuts! If you are a novice in the anime culture then you probably only saw like 10% of the weird factor.

I can assure you that they may not be for everyone since they will go 0 to 100 on the weirdness scale. There’s  Space Patrol Luluco for instance.

Luluco is a middle schooler, who’s very bubbly. All she wants is to be normal but one day her father accidentally takes a sleep capsule by mistake and is frozen solid. While trying to help her dad, she gets hired by the chief officer and becomes a space patrol to fight crime within her school.

Now, it may seem innocent enough but trust me it gets crazy. It is a nice break from the norm and sometimes you need that. So let’s forget about those animes with the romance or simple plot line, this is 8 anime like Space Patrol Luluco.Gurren Lagann 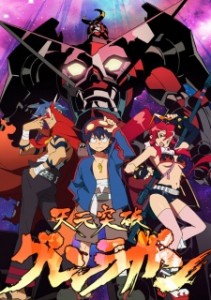 This anime you have most likely heard about as it has been featured in plenty of other lists on this site. So all I will say is go and watch this anime it is the bomb.

Simon and Kamina have been born and raised in an underground village. One day, while excavating, they happen to find a key that ignites an ancient weapon, they dub Lagann. Soon after, a battle starts and they are joined by a red head named Yoko Littner, who is from the surface.

They fight many enemies and continue on their journey on solving a space mystery. 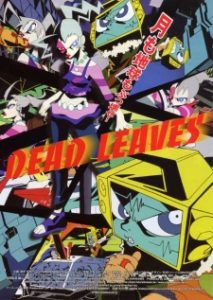 Now, this is a little more different  since normally I put anime tv shows on these lists. This, however, is a movie and I will say it is a really good drug fueling anime movie.

Pandy and Retro were on a crime rampage until they get caught by the police and are sent to the infamous lunar penitentiary named Dead Leaves. While being imprisoned there, they realize that this isn’t an ordinary prison. Soon after, they bust out and release all the other prisoners and spread more chaos on Dead Leaves.

This movie is absolutely insane and I love it. Highly recommended. 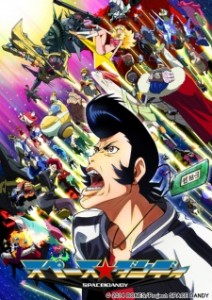 Dandy along with his sidekicks, Qt and Meow, are taking jobs from aliens that will hopefully lead them to some kind of reward. During of which, they seem to be getting into all kinds of trouble. Nevertheless, you can’t ever say it’s boring.

Space is by the same people who did Cowboy Bebop, which is insane to say when you actually watch the anime. It’s great and very imaginative but wow did they take a whole different turn. In short, watch this series. 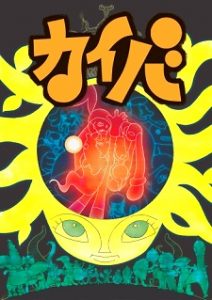 I would say, “now for something completely normal,” but it is still weird as heck.

A man named Kaiba awakens in a ruined room. He has no memory of what happened but the only thing he has is a pendant with a picture of an unknown woman inside. He’s on a journey to regain his lost memories and he’ll do all he can to get them back.

Now, this is a sort of down to earth anime but it still has its surreal moments and at the same time, it’s powerful moments. This is anime that has that perfect balance of weird and drama. A must watch for all. 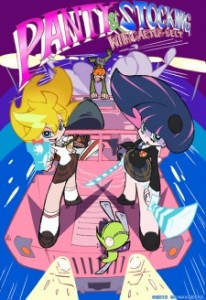 Oh man, I have finally gone into the deep end with this one.

Panty and Stocking are two angels who got booted out of heaven for having filthy mouths. Now, in order to get back into heaven, they must kill off monsters to earn heaven coins and with enough they will become angels again. If they can stop being naughty for one minute.

Panty and Stocking with Garterbelt are so gosh darn weird but at the same time, it’s funny. Go and watch it, you won’t be disappointed. 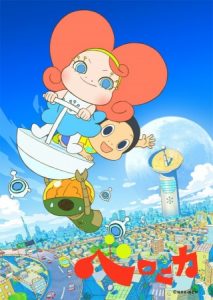 Velonica is an alien girl who likes to cause havoc on planet earth. After she encounters an earthling boy she starts to have feelings towards him and weavers between romance and her art.

This is more of a kid-friendly anime, so don’t worry about having your kids foam at the mouth. It’s very entertaining and cute. 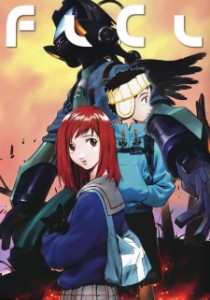 This anime has already been featured on a list recently, so you go and watch.

Naota’s life is so boring since his brother went to America. As he is walking home, he gets slammed by Mamimi, his brother’s crazy ex-girlfriend, riding a Vespa. She kisses him and bashes his head with her guitar.

Now, strange things are happening like robots sprouting out his head. His life has just become anything but boring. 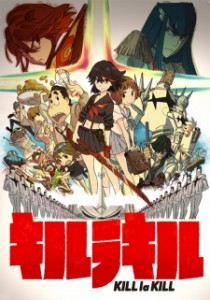 Again, been featured on a list recently and again you need to watch it.

Ryuuko Matoi will kill the person who murdered her father. The only clue she has led her to Honnouji Academy. Now, she will face off against other powerful students and solve the mystery of her father’s killer. 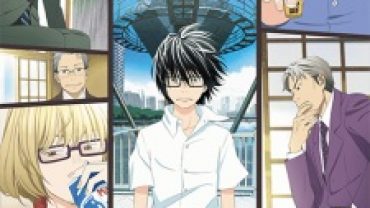