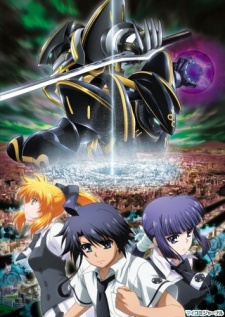 Type: TV
Genres: Supernatural, Mecha, Action
Start Date: 2009-10-01
End Date: 2009-12-24
Episodes: 13
Episode Length: 24 min
Total Length: 312 min
Age Rating: PG - Teens 13 or older
Following the first season, Tomoharu is now faced with a dilemma: if he doesn't form a contract with an "akuma," he risks losing his dear friend Takatsuki. However, doing so would compromise his own existence as it would result in him and his ghost friend Misao becoming an Asura Cryin'—mankind's biggest threat, according to their school's presidents. To make the decision even harder, Tomoharu and Misao have recovered some of their past memories—memories of a world that they didn't even know existed.