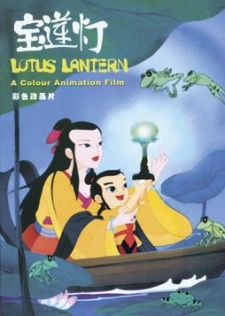 Type: movie
Genres: Fantasy, Action, Adventure
Start Date: 1999-01-01
End Date: 1999-01-01
Episodes: 1
Episode Length: 94 min
Total Length: 94 min
Age Rating: G - All Ages
The story is based on the traditional Chinese folklore about a boy named Chenxiang. His mother is a goddess and his father is a mortal. His uncle Erlang Shen, punishes them by killing the father. The mother escapes and gives birth, but the little boy grows up without knowledge of his ancestry. His mother possesses a magical Lotus Lantern whose light can scare away evil. When his uncle, a strict and powerful god, kidnaps Chenxiang, his mother fights to save her son. Unfortunately, his uncle is victorious and Chenxiang is forced to live in his palace on the sacred mountains. Erlang Shen then imprisons his sister beneath a mountain for her crimes. Although he is quite young, Chenxiang manages to escape from the palace, taking the magical lotus lantern that his mother lost during the battle. After surviving adventures with many beloved characters of Chinese mythology, Chenxiang finally matures into a courageous boy who must battle his uncle to win his mother's freedom and fall in love at the same time. (Source: Wikipedia)