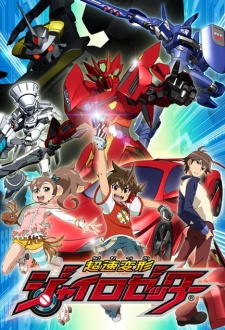 Type: TV
Genres: Mecha, Action, Cars
Start Date: 2012-10-02
End Date: 2013-09-24
Episodes: 51
Age Rating: G - All Ages
In 21st century Japan, cars with artificial intelligence for increased safety, known as "A.I. cars," have revolutionized the car industry. Special schools teaching children driving A.I. cars have been established. One day, Kakeru Todoroki, a fifth grader of Arcadia Academy, was summoned by the school principal and given an A.I. car "to save the humanity by chosen drivers like you." The car, however, is not just a car but also a transforming robot known as "Gyrozetter." (Source: ANN)