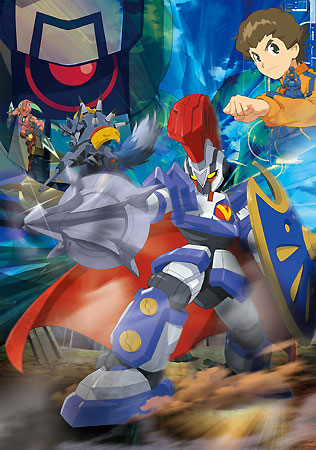 Type: TV
Genres: Mecha, Kids, Action
Start Date: 2011-03-02
End Date: 2012-01-11
Episodes: 44
Age Rating: G - All Ages
In 2046, a revolutionary 80% shock-absorbing reinforced cardboard has been developed, rapidly transforming the world's exports. The reinforced cardboard would soon become the battleground for a popular children's hobby called "LBX" (Little Battler eXperience). Four years later, a boy named Yamano Ban who loves to play with LBX (although without a mecha himself) is given a case containing the model AX-00 by a mysterious woman. He is told that he now holds the hopes and despairs of mankind in his hands.