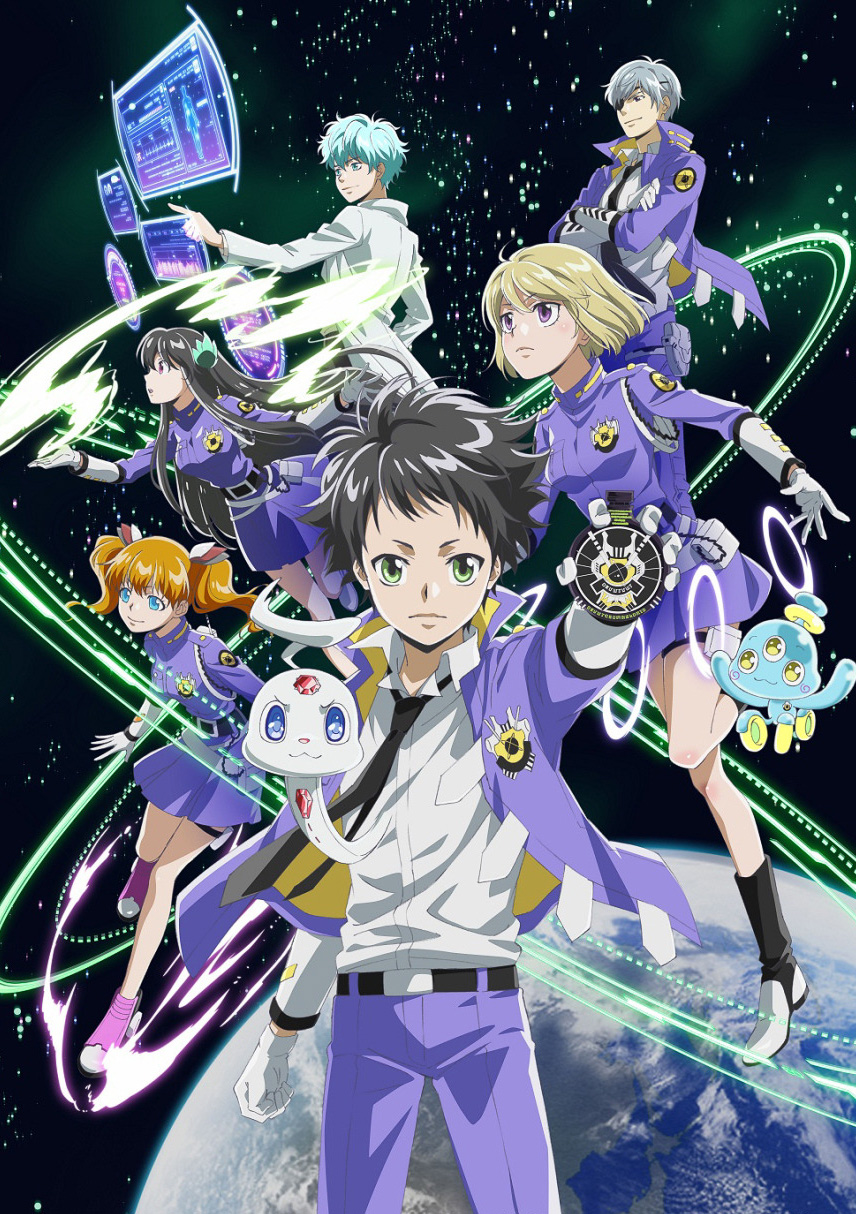 Type: TV
Genres: Sci-Fi, Space, Police, Action
Start Date: 2017-01-08
End Date: 2017-03-26
Episodes: 12
Episode Length: 24 min
Total Length: 288 min
Age Rating: PG - Teens 13 or older
Chuuta Kokonose is an orphan who lives with his aunt. For as long as he can remember, he's had a voice in his head, but other than that he's a normal boy—right until the day when a strange-looking thing follows him home and teleports him to a place filled with more fantastic creatures. It's a space police station, and Rein Brickke, the Chief of Solar System Department, tells him that he's been chosen by the computer as a possible candidate to join the police force. Misuzu Sonokata, a girl from Chuuta's school with an angelic face and ill temper who turns out to be one of Rein Brickke's subordinates, doesn't think him suitable for such a job. Chuuta, who was shocked at first, decides to take the aptitude test after being urged by the voice in his head and to prove Misuzu wrong.