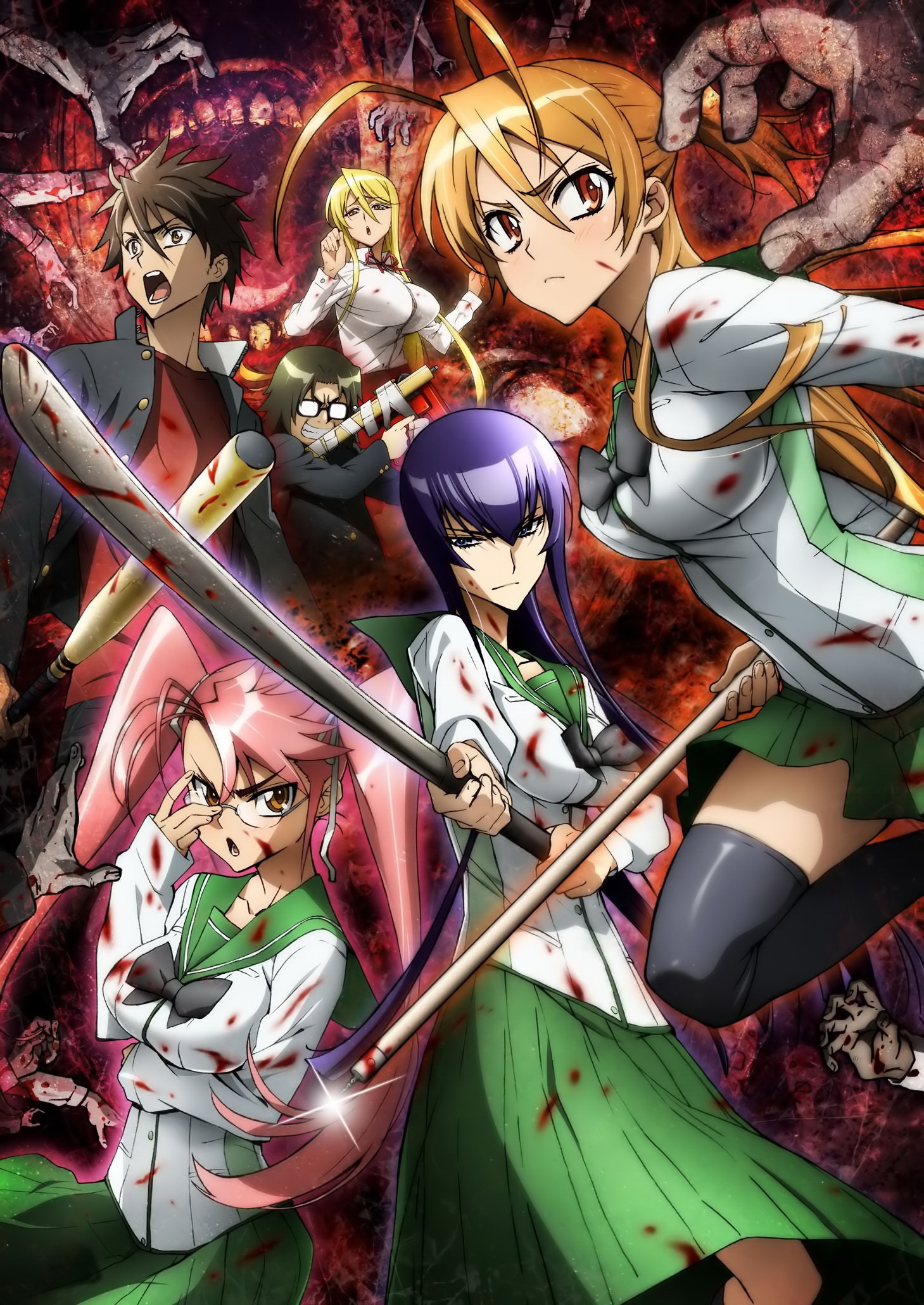 Type: TV
Genres: Supernatural, Horror, Action, Ecchi, Zombies
Start Date: 2010-07-05
End Date: 2010-09-20
Episodes: 12
Episode Length: 24 min
Total Length: 288 min
Age Rating: R - Mild Nudity
It happened suddenly: The dead began to rise and Japan was thrown into total chaos. As these monsters begin terrorizing a high school, Takashi Kimuro is forced to kill his best friend when he gets bitten and joins the ranks of the walking dead. Vowing to protect Rei Miyamoto, the girlfriend of the man he just executed, they narrowly escape their death trap of a school, only to be greeted with a society that has already fallen. Soon, Takashi and Rei band together with other students on a journey to find their family members and uncover what caused this overwhelming pandemic. Joining them is Saeko Busujima, the beautiful president of the Kendo Club; Kouta Hirano, an otaku with a fetish for firearms; Saya Takagi, the daughter of an influential politician; and Shizuka Marikawa, their hot school nurse. But will the combined strength of these individuals be enough to conquer this undead apocalypse? (Source: MAL Rewrite)