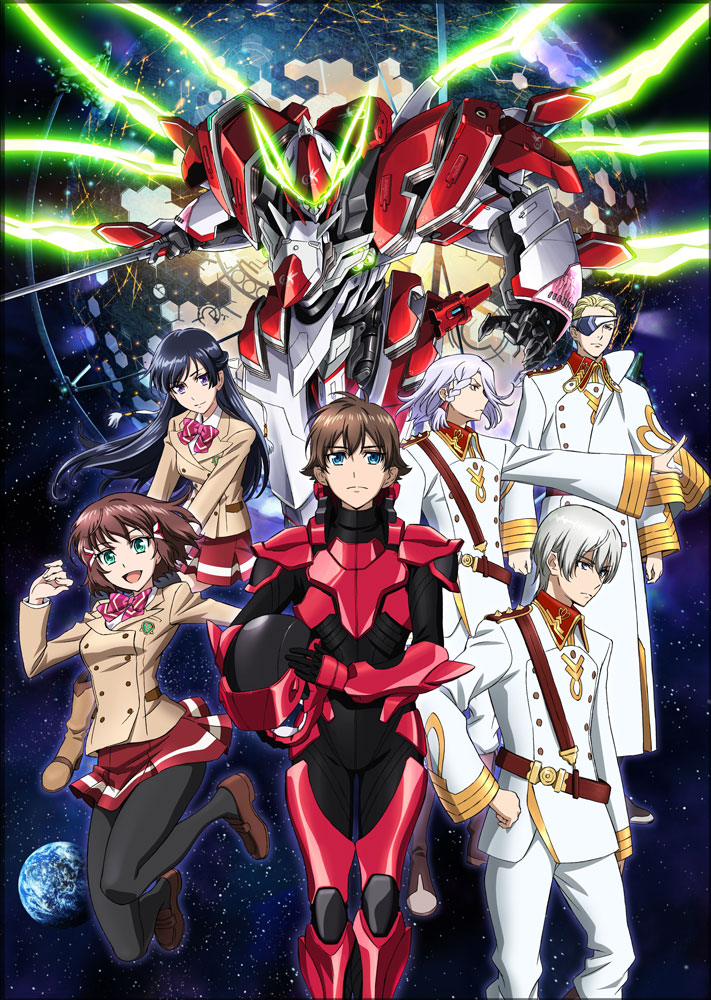 Type: TV
Genres: Space, Military, Mecha, Action
Start Date: 2013-04-12
End Date: 2013-06-28
Episodes: 12
Episode Length: 24 min
Total Length: 288 min
Age Rating: R - 17+ (violence & profanity)
By the 71st year of the True Calendar, humanity has expanded its reach to the stars. The nations of JIOR, ARUS, and Dorssia have set up colonies made of individual modules in space, each serving to house more than half of mankind. Yet, war is still being waged between ARUS and Dorssia, each looking for a way to break the stalemate in their favor, and the key to victory happens to be nestled within a lone JIOR-controlled module.Kakumeiki Valvrave opens with an average day in the life of Haruto Tokishima being turned upside down as Dorssia launches an invasion of the Sakimori Academy, hoping to claim the secret weapons that lay hidden within it—the powerful combat machines known as the Valvraves. To liberate their home, Haruto and four others sacrifice their humanity and bear the curse of the Valvraves, becoming undying immortals that can steal the body of others. Together, with the aid of L-elf, a genius-strategist and traitor to Dorssia, they’ll spark a revolution that will change the world.