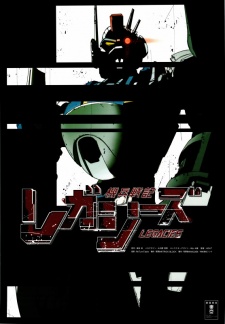 Type: ONA
Genres: Mecha, Fantasy
Start Date: 2010-04-01
End Date: 2010-04-01
Episodes: 1
Age Rating: G - All Ages
This entry was originally meant to be a 52 episode TV series. Unfortunately, the project was canceled, leaving only a 52 second trailer. The concept of the series: The story takes place in Kisshou City, one of a few remaining oases surrounded by lifeless land devastated by a long world war. Wreckages of humanoid weapons, called "Legacies", are collected and reassembled by the residents of the city. One day, a gang of bandits approaches the city to seize the secrets hidden in the Legacies. The mayor decides to intercept them with a special robot Ω99, which has remained intact since the war. A teenage boy Yamato is called up for the pilot. He is just an ordinary gamer who doesn't even know about the city's crisis.