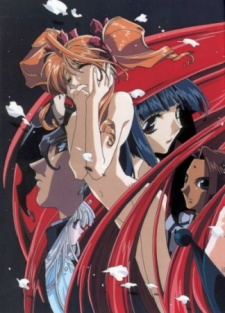 Type: OVA
Genres: Comedy, Magic, Fantasy
Start Date: 1998-01-01
End Date: 1998-01-01
Episodes: 1
Episode Length: 15 min
Total Length: 15 min
Age Rating: PG - Teens 13 or older
A parody-esque epilogue to both Shamanic Princess and Mahou Tsukai Tai!. As a marketing ploy back when Shamanic Princess was first released, buyers who purchased all six first edition LD's of both Shamanic Princess and Magic User's Club, and sent in their proof of purchases before a deadline received a special OVA entitled Shamanic Princess vs. Magic User's Club. It was never sold in stores and was a special omake by the series' creators to the fans. The OVA contains an epilogue to both series, which is fitting considering they both came out at the same time. (Source: Wikipedia)