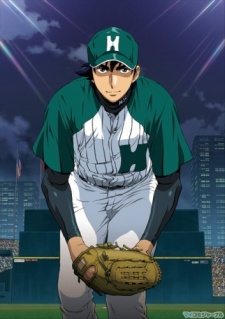 Type: TV
Genres: Comedy, Sports, Drama
Start Date: 2010-04-03
End Date: 2010-09-25
Episodes: 25
Age Rating: PG - Teens 13 or older
The sixth season begins after the "Baseball World Cup" has ended. Gorou regained his passion for baseball in Japan thanks to his friends, and left to join the Hornets baseball team in preparation to the new season. When he arrives in America he starts to celebrate his role as a Major League pitcher at last! Gorou's family and friends gathers in groups in Japan to watch Gorou's debut in the Major League. However, Gorou's debut is the beginning of a line of surprising happenings, that has an outcome no one expected...