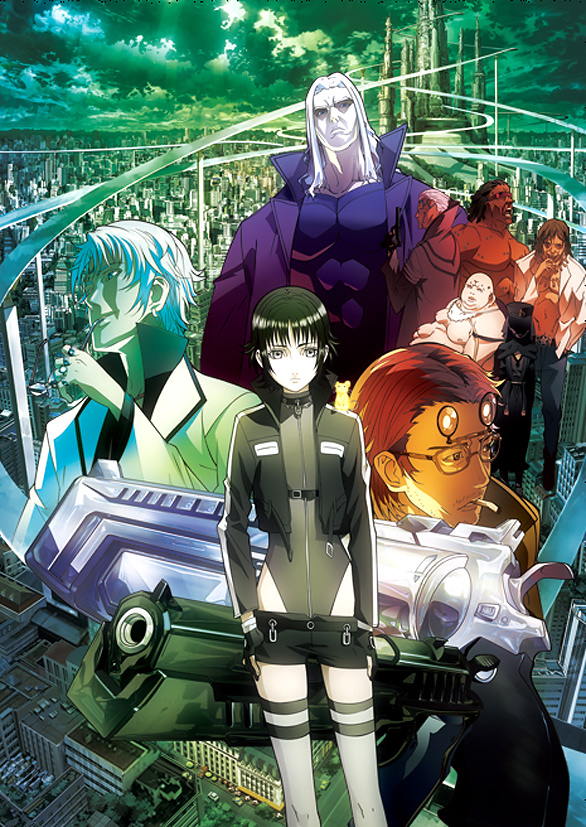 Type: movie
Genres: Sci-Fi, Psychological, Action
Start Date: 2010-10-08
End Date: 2010-10-08
Episodes: 1
Episode Length: 70 min
Total Length: 66 min
Age Rating: R - Mild Nudity
Rune Balot is a down-and-out teen prostitute in Mardock City. One day, she's picked up by an ambitious casino manager named Shell who gives her everything she could want. Renewed by a false innocence, a false past, and now the false life Shell has given her, Balot feels grateful. However, she can't help but be curious about why he's done so much for her, so she does some research about his past on a computer. This turns out to be a mistake which will change her life greatly. When Shell finds out what she's done, he attempts to burn her to death by blowing up her car. Due to the high crime rate in Mardock, a new law called "Scramble 09" has given police carte blanche to take extreme and otherwise illegal measures to revive crime witnesses. With this in mind, they allow a professor to bring Balot back from the brink of death by reassembling her entire body with reinforced synthetic fiber. When she finally wakes up, her confused mental state eventually turns toward revenge as Shell is revealed as her killer. (Source: Nippon Cinema)