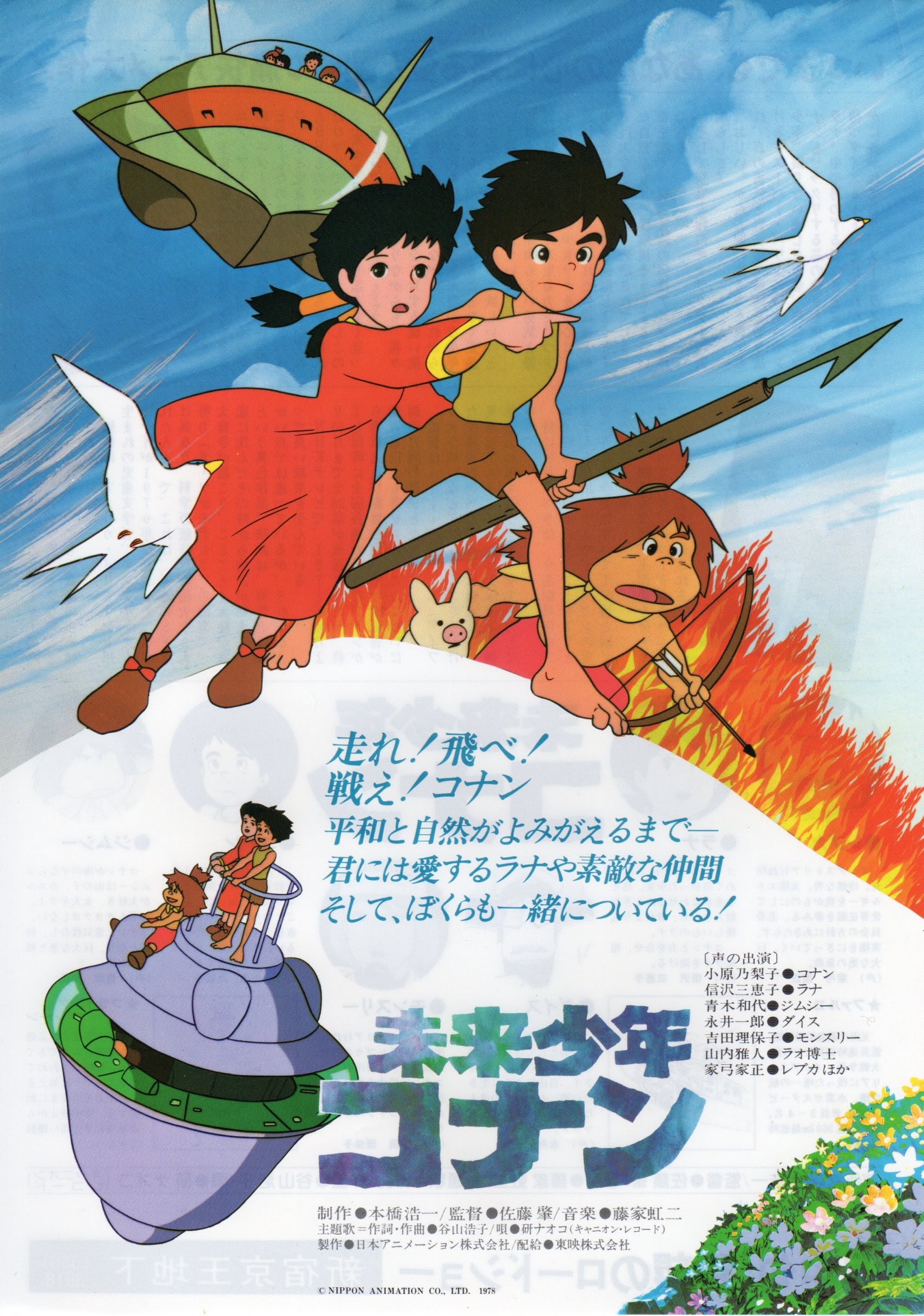 Type: movie
Genres: Sci-Fi, Drama, Adventure
Start Date: 1979-09-15
End Date: 1979-09-15
Episodes: 1
Episode Length: 122 min
Total Length: 122 min
Age Rating: PG - Teens 13 or older
In the aftermath of a war fought by magnetic weapons which caused massive earthquakes, a young and spunky boy naned Conan gets involved in a grand adventure. Conan lives in a world that is mostly oceans; the major land masses having been destroyed by the weapons of the great war. He meets a young girl named Lana, and they eventually foil the plans of the city-state of Industria which wants to regain the lethal weapons.