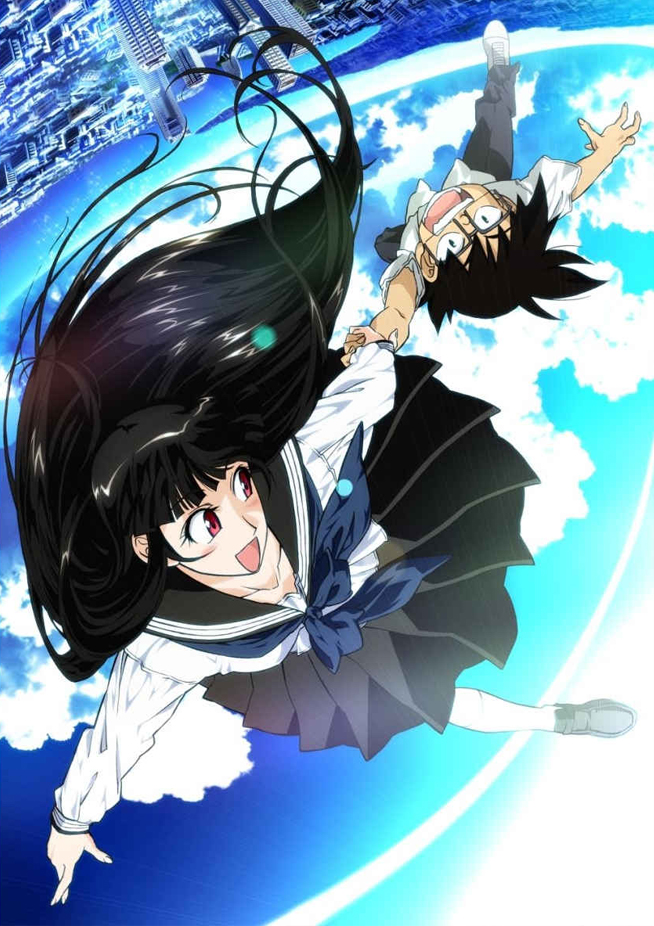 Type: TV
Genres: Comedy, Supernatural, Romance
Start Date: 2009-04-06
End Date: 2009-06-29
Episodes: 13
Age Rating: PG - Teens 13 or older
Thirteen-year-old Yasaka is a boy staying at his grandfather's house during his summer vacation. One day he entered a store and met Arashi, a beautiful sixteen-year-old girl working there. After trying to protect her from a man who claims to have been hired by her family to take her back by force, Yasaka ran away with her and now she stays at his grandpa's place with him. It didn't take much time for Yasaka to figure out that his new friend is far from an ordinary girl, as she possesses mysterious powers. The plot thickens when he finds a sixty-year-old picture of Arashi and another girl named Kaja, and to the surprise of all Kaja suddenly appears, and just like Arashi, her appearance hasn't changed at all since then. (Source: Wikipedia)