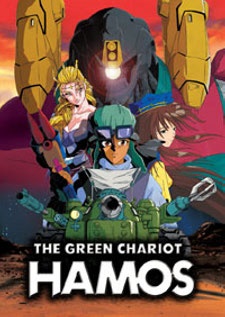 Type: TV
Genres: Fantasy, Action, Adventure
Start Date: 1997-01-01
End Date: 1998-05-12
Episodes: 26
Episode Length: 30 min
Total Length: 780 min
Age Rating: PG - Children
The Planet Terra, once called a morning star in galactic system, was so beautiful. However, Terra is now under crisis that it may disappear with big explosion in universe due to the pollution and warfare. Dr. Chaco is the only one who knows the key of saving the planet Terra. The only way to save Terra is to make rainbow system work with seven mysterious crystals. To find 7 crystals, Dr. Chaco holds a race to achieve his plot to build his own universal dynasty with the power of the crystals. Riding Hamos Rick joins the race not knowing Dr. Chaco''s plot. Rick comes to know the secret of the crystals on the way of the race, tries to revive the planet Terra. This causes a war between Dr. Chaco and Rick to get the 7 crystals and rainbow system. (Source: tvkanald.rs)