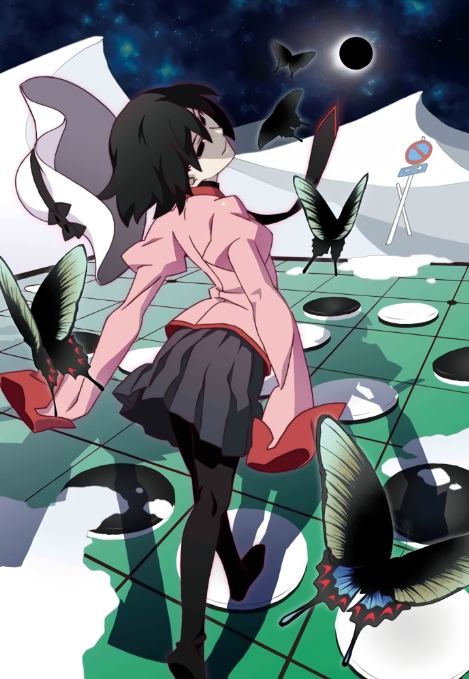 Type: TV
Genres: Comedy, Mystery, Supernatural, Vampire
Start Date: 2015-10-04
End Date: 2015-12-20
Episodes: 13
Age Rating: R - 17+ (violence & profanity)
NOTE: The first two episodes aired together as a 1-hour special hence 13 episodes. During October of his third year in high school, Koyomi Araragi is introduced to a transfer student named Ougi Oshino by his underclassman Kanbaru Suruga. Ougi tells Koyomi that she has something she wishes to consult with him. When she draws the map of Naoestu High School, she finds something peculiar on the map of Naoetsu High School she draws. This discovery reveals a tale that wasn’t meant to be told, and this makes Koyomi’s high school life totally different. This is the story that brings to light “what” makes Koyomi Araragi. This is the story that reveals the “beginning” of everything. (Source: Crunchyroll)