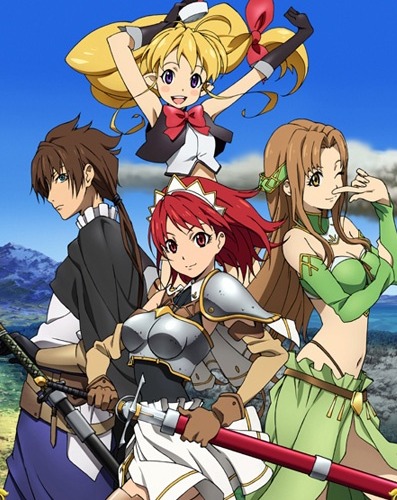 Type: TV
Genres: Fantasy, Action, Adventure
Start Date: 2009-10-03
End Date: 2009-12-19
Episodes: 12
Episode Length: 24 min
Total Length: 288 min
Age Rating: R - Mild Nudity
Once upon a time, there was a tragic war, in which the power of the devils was involved. After the war, the devils' power was banned and the world was restored to peace. Cecily Campbell is a knight, who has been looking for a blacksmith to repair her old sword given by her father. One day, she saw a man fighting with a ruffian who used the tabooed devil's power. The man defeated him with one blow of his weirdly shaped sword. The man turned out to be a blacksmith called Luke. The fateful encounter was the beginning of the adventure.