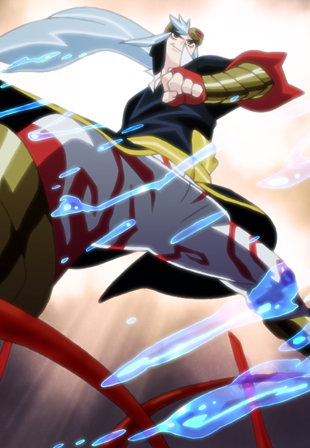 Type: special
Genres: Comedy, Sci-Fi, Fantasy, Action, Adventure
Start Date: 2010-06-11
End Date: 2010-06-11
Episodes: 1
Episode Length: 2 min
Total Length: 2 min
Age Rating: PG - Teens 13 or older
The main plot revolves around the Yamata Empire's plan to destroy all the galaxy's negative karma using a massive technological reactor called the Naaga Generator. Unfortunately, negative karma cannot simply be destroyed, it must be atoned for. However the leader of the powerful mystic Buddhist Fuze Clan plans to stop the destruction of the negative karma which will end up creating the nine-headed Naaga and destroy the world if not the whole universe. To help in stopping the creation of the Naaga, the clan summons a Shinto god known as Susano, the Warrior God of Destruction. The powerful, arrogant, and homicidal god faces challenges. These include the Empire and the clan leader's own daughter, the bratty sorceress Seska, who is possessed by the power of the negative Karma and a powerful magic formula. (Source: Wikipedia)