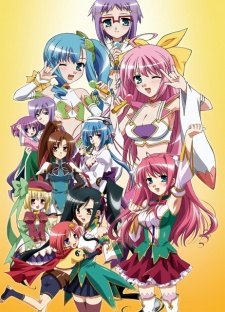 Type: TV
Genres: Comedy, Historical, Fantasy, Ecchi, Adventure
Start Date: 2010-03-26
End Date: 2010-06-17
Episodes: 12
Episode Length: 25 min
Total Length: 300 min
Age Rating: R - Mild Nudity
The third season of Koihime Musou. Han's high court general Kashin (何進) was forced to swallow a cursed pill from Chou Jou. The effect is slowly turning her into a cat, which she dislikes. Chou Jou also made use of the emperor's name to dispose her from the Han court as a traitor. She met Kada during her escape while Kada brought her to the Touka village, whom he believes they would help her.