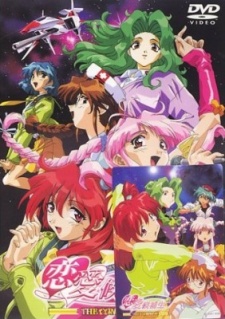 Type: OVA
Genres: Sci-Fi, Romance, Action
Start Date: 1998-11-28
End Date: 1999-02-28
Episodes: 2
Episode Length: 30 min
Total Length: 60 min
Age Rating: - None
In the near future, during the colony war, a girl was save by a little boy when a space station was attacked by terrorists in which the girl lost her parents. A few years later, the girl joined her grandfather's military school. There she met a young man that looked similar to the boy who saved her... but just when she was prepared to enter the school compound, she sees a 'terrorist' lurking around which is actually a terrorist demo under the school command and so the story begins... (Source: AniDB)