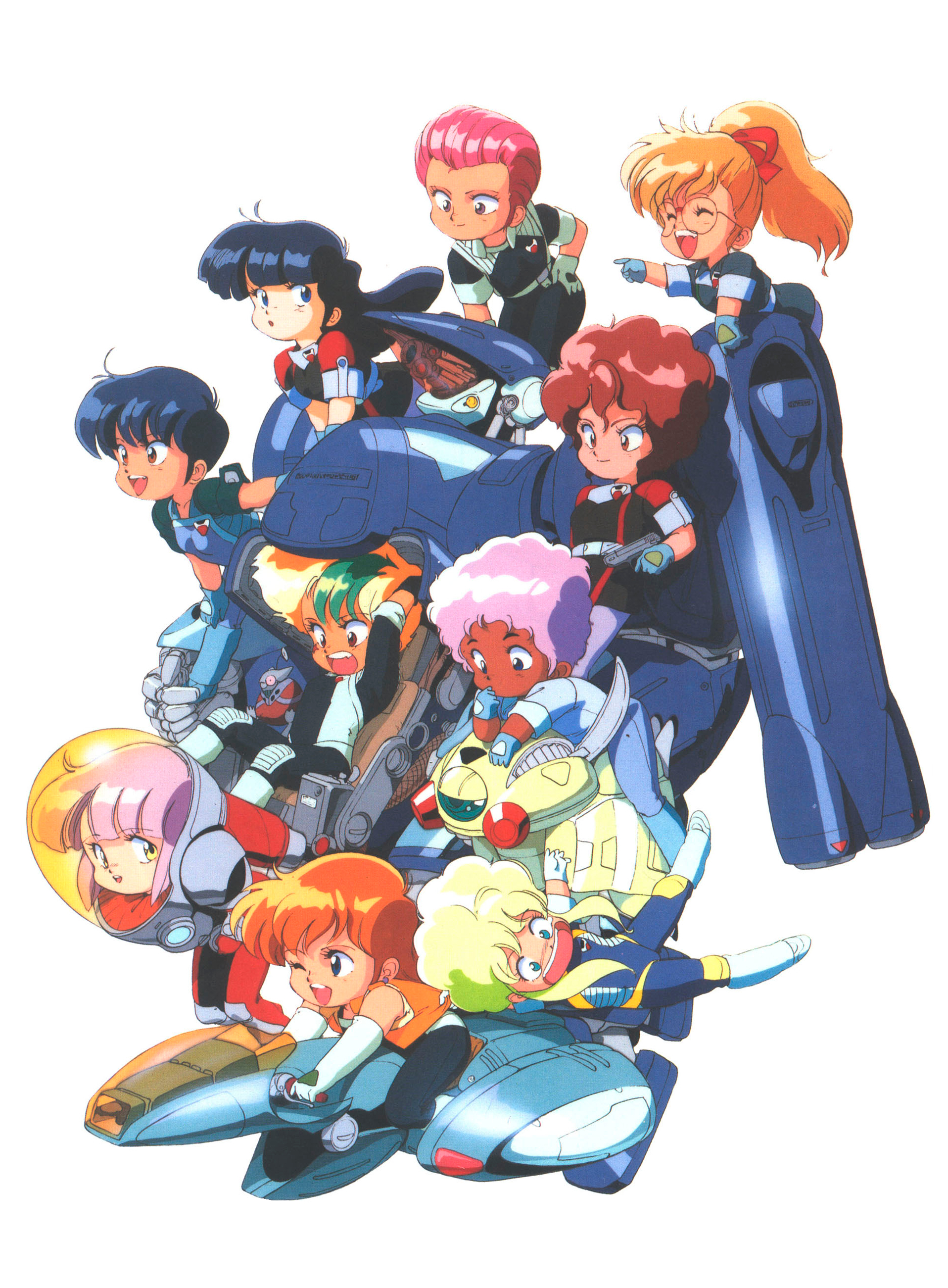 Type: OVA
Genres: Comedy, Sci-Fi, Space, Military, Mecha, Parody, Action
Start Date: 1988-07-03
End Date: 1988-07-03
Episodes: 1
Episode Length: 22 min
Total Length: 22 min
Age Rating: R - Mild Nudity
A super deformed parody which depicts the "making of " Eternal Story and Destruction. A very humorous behind-the-scenes look (if "Gall Force" were a live-action series instead of being animated). Cast and crew members run into severe and embarrassing difficulties as things do not turn out as they should; for example, Lufy totally drowns in embarrassment as she is object of a whole crowd of spectators while in the nude; the director's obsession with realistic filming causes some real high-voltage friction with Catty; and in the end, after the premiere, the girls end up in an ongoing on-stage tussle about which one is the most popular character. (Source: Wikipedia)