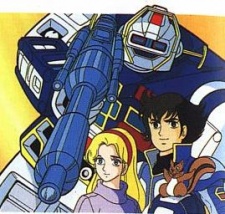 Type: TV
Genres: Sci-Fi, Mecha, Action
Start Date: 1984-03-04
End Date: 1985-02-03
Episodes: 45
Episode Length: 24 min
Total Length: 1080 min
Age Rating: PG - Teens 13 or older
Takashi Katori is a big fan of online games, and so is his American friend Sarah. However, one of their RPGs goes too far, as their virtual world and the Lezarion robot that Takashi created for the game somehow mix with reality. Takashi is caught, but later the Earth Governement discovers that an evil scientist from the Moon (now a sort of abandoned colony with restricted access) is hacking into virtual worlds and security, so they force Takashi to pilot the Lezarion and, with Sarah's help, fight evil and protect the Earth. (Source: ANN)