Beach Time Fina is a 6 star unit that carries the Healing and Support dual role similar to Fina. Much like normal Fina she is set up very nicely for being a healing and support.

The major difference is Beach Time Fina has slightly lower stats when it comes to HP but her MP is still very good. As for her skills they are very similar and different at the same time.

For her magic i’ll say it’s almost exactly the same. A great White Mage setup with all the spells you’d need to make a great healer so there are really no big changes there between Fina and Beach Time Fina.

Her abilities however are different from Fina giving her more of a full on Support feel. She has skills all set to help out the party with giving them water resistance, raising LB gauge, boosting stats, and even lowering water resistance for enemies.

All around she’s a lot like Fina in the terms of being a great Healing/Support. And much like Fina she lacks equipment and is a little more squishy but you’d expect that on a healer character.

Beach Time Fina is resistant to Water by 50% and neutral to all other elements and status ailments.

A young girl who emerged from an earth crystal. Because she has amnesia, she relies on impulse to guide her actions, which can often cause trouble for her comrades. Having woken in a strange world without her memories, she struggles with confusion and anxiety, but displays great inner strength in joining Rain and Lasswell on their quest. 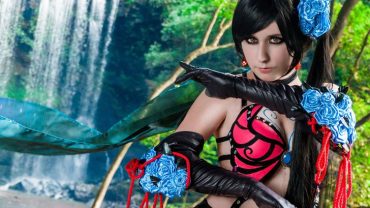