Beatrix is a 6-star unit that plays the Physical Attacker and Healing roles. She is a great 6-star with good stats covering HP, MP, and ATK very well.

Beatrix is just as good here as she is in the original FFIX. She has all of her Seiken skills like Stock Break, Climhazzard, Shock, etc.

In her magic, she’s outfitted with a lot of white magic capabilities. Raise and Full-Life, Cura, Esuna, Holy, Blind and Silence.

Her limit break is Rose of May(obviously) which deals heavy damage ignoring 50% of defense while also decreasing ATK/MAG by 54%. Her equipment is decent, her Trust Master is good, all around she is a great unit.

Beatrix is really one of the better FF9 units to be released so for fans of that game she is just as good as she was in the original.

Beatrix is neutral to all elements and status ailments.

Beatrix can equip 4 weapons and 8 armor.

An experienced general who appears in tales of Gaia, a world foreign to this one. Beatrix has been considered a prodigy in the art of sword fighting since childhood, and her reputation has spread far beyond the kingdom reaching all across the land. She has the utmost loyalty to Queen Brahne, ruler of the Kingdom of Alexandria, and has dedicated a great part of her life to serve and protect the kingdom. Although her prowess is legendary, her beauty has also gained her quite a following. 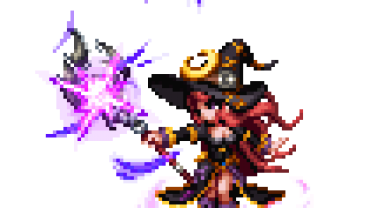