But regardless of how they express it, there’s no question anime villains have the market cornered on a special kind of crazy. Here are 10 of the most special little insanity snowflakes we can find.

Oh, spoilers, by the way. A lot of people here are double-crossers, so the fact that they’re villains at all is a spoiler.

After working tirelessly as an assassin for the Meiji government during their rise to power, Makoto Shishio was betrayed by the very people he helped gain power.

And it wasn’t a run-of-the-mill betrayal, either. He was shot several times, doused in oil, and then burned alive. And he survived it, because shut up. Anime.

So yeah, being burned alive changes a guy. Just because he’s crazy, that doesn’t mean he’s unjustified. He now spends all his time wrapped in bandages to protect his charred body. But most of what he does in the series is standard villain stuff, nothing too crazy.

It’s when he fights series protagonist Kenshin Himura that his crazy comes through. He takes advantage of a distraction by his lover Yumi (yes, this guy has a lover) to stab Kenshin. The fact that the sword had the travel through Yumi to get to Kenshin is a trifling detail to him.

Then, when that doesn’t work, he fights Kenshin and gets so heated (literally) that he dies when his blood evaporates. Brings “blood boiling” to a whole new level.

In the Danganronpa universe, Junko Enoshima is basically the hottest girl on the planet. She’s also the most single-mindedly evil.

She used her immense charisma to amass an entire army for the sole purpose of sending the world into despair. And she does it for no reason other than that she likes it.

Also, when she is actually confronted, she puts on an awfully convincing set of dissociative identities. 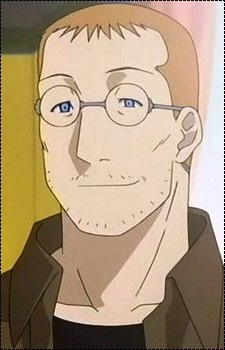 Shou Tucker isn’t really a classic villain in the sense that he is bent on world domination or mass desctruction. He just really, really likes researching alchemy.

He likes it so much that he merged his daughter and dog into a chimera, a monstrosity of a creature that doesn’t even know why it exists.

There’s such a thing as being too focused on your research. Shou Tucker would have fit right in at Auschwitz. 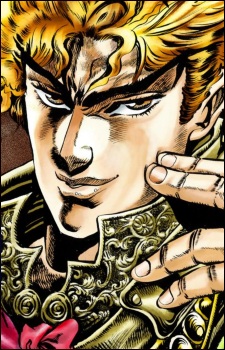 Let’s run down Dio’s sociopathic accomplishments. After being adopted by George Joestar following the untimely death of his alcoholic, abusive father, Dio decided the best way to repay him was to burn the family dog alive.

This begat a rivalry with Jonathan Joestar, in which Dio pretty much just tried to make Jonathan’s life miserable for no reason. He famously stole Jonathan’s girlfriend’s first kiss, then dropped arguably the most famous line in the series.

But it doesn’t stop there. After being decapitated and sunk to the bottom of the ocean, he sows his head onto the body of Johnathan Joestar, then goes on a hunt to destroy every single member of the Joestar bloodline. All this to get revenge for nothing on the family that raised him like a son. 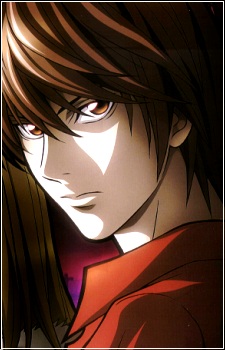 Light doesn’t really intend to be evil. He’s trying to make the world a better place in his own sociopathic way.

He just thinks the way to do that is to murder everyone who has ever committed anything resembling a crime.

Eventually, that expands to murdering anyone who opposes him, as he becomes increasingly comfortable considering himself a god. 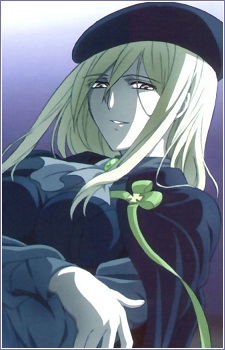 Another example of “maybe you should cool it on the research.”

Miyo Takano poses as a nurse at the local Hinamizawa clinic. But what she is actually doing is researching a localized virus. She is studying the nature of the virus and incubating it, before executing a plan to murder the entire village.

And for what? She’s just trying to prove her adopted father’s thesis correct, after he was disgraced by the scientific community. Mass murder to prove a hypothesis. Calm down, girl.

Monster is about a serial killer. That serial killer is Johan Liebert, who killed his adoptive family and no end of other people.

But let’s get to the real feature: The neo-Nazi party of Europe asked Johan to because the new generation of Adolf Hitler. Johan didn’t feel like it, so he killed everyone for asking.

When you make Nazis look sympatheic, that’s a unique level of crazy evil.

Griffith didn’t take it well when Guts left his mercenary group, the Band of the Hawk. So in response, he sacrificed the rest of the Band to become a demigod, with the sole purpose of hunting Guts down.

But not content to just kill Guts, he instead raped his pregnant lover Casca – in front of him – so brutally that their child was born deformed.

This is not how normal people deal with things. This is abject insanity. 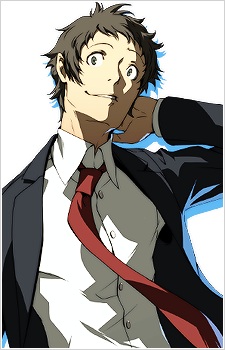 Here’s a guy who is responsible for orchestrating a mass murder plot in the tiny town of Inaba. He’s also a detective, who appears on the surface to be bumbling and useless.

But behind the scenes, he’s orchestrating the whole thing, including misleading the protagonists to get involved in the case.

And what’s his motivation for doing all this? He’s bored, being stationed in a small town, so he’s doing it for fun. That’s it. Orchestrating mass murders is his idea of entertainment. 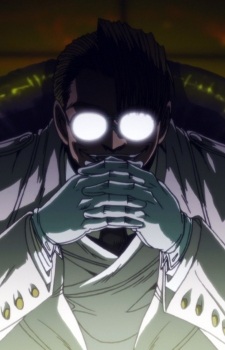 You can just look at this guy and know he’s evil. Nobody sits like this and then bakes you cookies.

But seriously, The Major is a Nazi, who was tasked by Hitler himself to build an army of Nazi vampires to unleash on England as revenge for World War II.

He did just that, and nothing else, for all of 50 years. I don’t care what you say, a person who spends 50 years building a Nazi vampire army is not of stable mind. 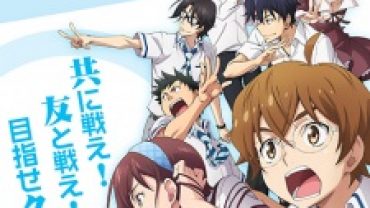