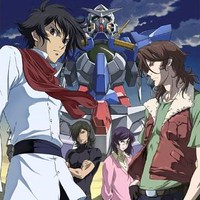 It is the year A.D. 2307. Fossil fuels on Earth have been depleted entirely, with mankind turning to the next available power source: solar energy. During this time, 3 orbital elevators with solar power generation systems are built, each under control by the Union of Solar Energy and Free Nations (formerly United States of America), the Human Reform League (Russia, China and India) and the Advanced European Union.

However, not all countries are able to enjoy the benefits of this system, leading to widespread resentment and war. Arising out of the conflict, a mysterious military organization known as Celestial Being appears, dedicated to end all warfare using Mobile Suits called Gundam. This begins the stories of Gundam Meisters (pilots) Setsuna F. Seiei, Lockon Stratos, Allelujah Haptism and Tiera Erde as they are thrown into conflict between the 3 superpowers and the various other factions.

This is a tale of a prince who lost everything leaves for a journey with no guarantee of returning to his hometown safely. With hatred and revenge in his mind, he met several people that taught him about friendship…and love.

Note* – In both shows:
-There are characters who hide their real identity.
-Someone from the noble class is living a normal life.
-Characters hide their feeling of hatred while acting as good people.
– In Code Geass people fight with mecha, in Toaru they use airplanes. –Lylaaz

The planets of the East and the West were once connected by the Ama-no-Hashidate. The culture that built it was destroyed countless years ago, and the two planets have had separate histories ever since. On the Western planet, ancient culture is experiencing a renaissance after a long period of war. Jeanne Kaguya D’Arc, a girl from the Western Planet, was prophesied to be the Savior of the World at her birth. With Leonard Da Vinci, she lands on the Eastern Planet, where Nobunaga “the Fool” longs for the power to change the world, as his planet is still locked in a war where many heroes vie for supremacy. When these two people meet, the culture of both worlds will be transformed.

Seiji Takasugi obtained a jewel called “Aurin” which is the earth’s alter ego and it has elected him to be the commander of eight brave robots. The Brave robots are sleeping in many parts of the world as “Brave Stones”. However, they become super robots by fusing with modern people and machines once Seiji awakens them and they soon follow his instructions. Their enemy is Lord OhBoss who is an invader who aims at stealing the planet’s energy with the aid of his subordinates that Da-Garn and the other brave robots must stop in order to save the world.[From Wikipedia] 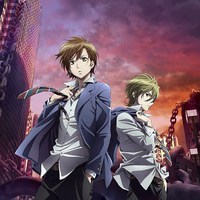 Yoshino Takigawa and Mahiro Fuwa are two teenagers who start a quest to help a stranded magician at the same time strange phenomenons are occurring throughout Japan. Despite being a young girl, Hakaze Kusaribe is an extremely powerful sorcerer who has been isolated from the rest of the world by the rest of her clan due to her conncetion to a godlike entity called the Tree of Genesis. Her brother plots to awaken the Tree of Exodus during her exile to try to reshape the world without her interference. In exchange for the help of Yoshino and Mahiro, Hakaze will help find the culprit behind the murder of Fuwa’s sister. 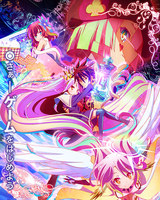 Genius gamer siblings (plus being NEET & hikikomori) Sora and Shiro are known as the undefeatable “__” (blank). Their talents and skills are so good they are considered as urban legend. One day, a young boy named Teto appears before them, claiming to be the “God” of another dimension where Sora and Shiro are summoned to, in which no violence is allowed and everything is decided by a game. Of the 16 different races residing in this world, “Humanity” is the weakest. After having the vast majority of their lands captured by the other races and being driven to the brink of extinction, Sora and Shiro challenge these one-of-a-kind battles of the intellectual powers in order to save Humanity.

Thanks to the development of the Dyson Sphere, The majority of the human populace lives in space. The Dorssia Military Federation, and the Atlantic Rim United States exist as major Military countries, while JOIR is a neutral principality, the story follows Haruto Tokishima as a normal boy going thru high school in T.C (True Calendar) year 71. This all changes when Haruto meets the humanoid weapon Valvrave.

Note* – A lighter version of Code Geass and has humor. Plenty of fan service though.

There you have it folks! I combined a mix of genres that has the elements of Code Geass together. They are all good recommendations. See what appeals to you and go for it! 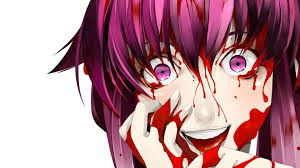