There are lots of types of ecchi manga. A lot of them eventually end up discarding things like plot and character development for the sake of bringing you more fanservice, faster.

In these series, you tend to have a male lead with no real personality, and a collection of girls whose personality can be summed up in three words or less (the shy one, the loud one, the goofy one, etc.).

But maybe you want a little more substance with your fanservice. Maybe you want a manga with an actual story, or one where the characters actually do something other than accidentally get naked.

Good. Those are the best kind of ecchi manga. So here are my top 10 ecchi manga with characters that matter. 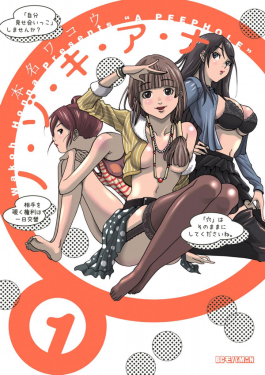 Nozoki Ana is one of my favorite manga of all time, ecchi or otherwise. It follows the life of Tatsuhiko Kido, who has moved to Tokyo for art school. In his new apartment, he notices there is a gap in the wall through which he can see his female neighbor next door.

What he sees is Emiru Ikuno… touching herself. Being a stand-up guy, he goes to tell her about the hole and apologize for what he saw (she noticed him, anyway). Not only does she not want him to seal up the hole, she ends up with a compromising photo of him, and uses it as blackmail.

The story follows the strange nature of their relationship, as they end up friends in their everyday life who keep the “peeping game” secret. Kido quickly finds a girlfriend, and has to worry about timing her visits to his apartment with the peeping game schedule – making sure they only have sex on days Emiru can’t look.

As you might expect, this doesn’t always work out, and it causes problems because Kido can’t exactly explain the real reason he is rejecting her advances.

Every character in this manga has incredible depth. Emiru isn’t just a pervert – she has deeply emotional reasons for what she’s doing, but she is also extremely mysterious. She acts like she carries a torch for Kido, then rejects his advances. Offers to have sex with him, but refuses to date him.

Kido, being a normal human, frequently gets frustrated trying to understand Emiru’s intentions, but has no choice but to continue his association with her. Meanwhile, he is also going through his own relationship troubles – he deals with difficult relationships, breakups, old flames, even having his heart broken when he finds out he’s a “side guy” for one of his girlfriends.

The relationship between Emiru and Kido becomes twisted in ways only the two of them understand. But while unusual, it feels truly authentic. They confide in each other and build a strange sort of trust. Seeing the way that relationship plays out, and beginning to understand Emiru Ikuno as a character, is one of the most rewarding experiences I’ve had reading a manga. I cannot recommend Nozoki Ana (to a 18+ audience) highly enough.

This entire series revolves around Yamada, a 15-year-old girl whose goal it is to have sex with 100 different guys by the end of high school.

This doesn’t seem like it would be a big problem, since she’s attractive and popular. But she’s also a virgin, and despite her aspirations, she actually has no idea how sex works. She definitely doesn’t understand the art of seduction.

Her plan: find a pathetic, unpopular “practice boy” to learn with – since she wants to be cool and experienced once she starts nailing better guys. Enter Takashi Kosuda, her plain classmate who becomes the target of her bumbling attempts at seduction.

B Gata H Kei can best be described as a sex comedy, in which a bunch of teenagers try – and largely fail – to understand what sex is about.

After an incident of all five of those students trying to sneak a peek in the girl’s locker room, they are sent to the school’s prison block, which apparently exists. The five are then treated inhumanely by the school’s underground student council, who are against the integration of boys in the school in the first place.

The manga largely follows Kiyoshi Fujino, who fights back against his captors as much as he can without inducing brutal punishment, though all five of the male characters have… well, “unique” character traits, let’s say. You’ll see. 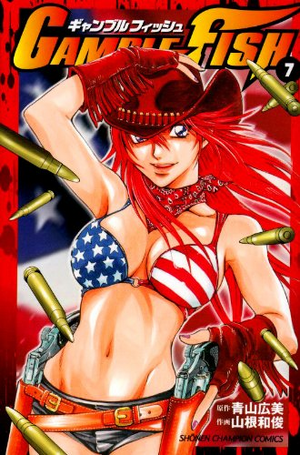 When I started reading Gamble Fish, I thought I was getting into a cerebral story about a guy who plays complicated games and finds a way to outsmart his opponents, like Liar Game.

What I got was kind of that, but also a much more action-focused story in which most of the rivals are scantily-clad girls who invariably go absolutely head-over-heels for Tomu Shirasagi.

This is an action manga first, ecchi second, and it’s more about Tomu being a cool guy who consistently – and recklessly – puts his body on the line to win his bets.

But the ecchi comes into play more and more as the series continues, as Tomu slowly establishes a harem of girls (most of whom are gamblers he’s defeated) who find themselves thrown into unnecessarily compromising positions.

The whole premise of this series is that Yoto Yokodera is a huge pervert and wants to be more honest about it. He wants to lose his restraint, basically.

He hears about a deity in town, the “stony cat,” which can take away a personality trait from any person if they give an offering of a valued possession. What he doesn’t know is that the “stony cat” takes away people’s personality traits and gives them to someone else who wants them – usually in an extreme way. 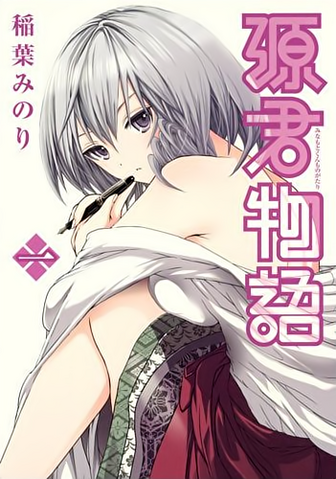 Terumi Minamoto certainly starts the series as the kind of timid, shy, expressionless protagonist this list is specifically about avoiding. However, the story is actually about Terumi coming into his own – with a little help.

See, Terumi has largely effeminate features, and was mercilessly bullied by girls (for being prettier than them) throughout his school life. The result is that he has never been intimate with a girl, and is entering college with an ingrained fear of women.

Kaoruko begins to help Terumi overcome his fear of women, and even set him up with women – women who fit a profile of the lovers in The Tale of Genji. The bulk of the story is about Terumi overcoming his timidness, with Kaoruko mostly pulling the strings behind the scenes.

Cyclops Shoujo Saipu is about a girl nicknamed “Saipu,” a Japanese shortening of “cyclops. Saipu is very tall, and her bangs cover one of her eyes, so… yeah, cyclops.

Now, that’s only half the story. Cyclops Shoujo Saipu is about Saipu trying to seduce her older brother – whom she stands about six inches taller than. Like B Gata H Kei, this is a 4-panel (“4-koma” in Japanese) style comic that largely centers around comedy and a sexually aggressive female.

It isn’t what I’d call the deepest story you’ll find – it’s mostly for gags, though there is a coherent plot and actual development. But being that most of the comedy and plot development is based on character development and relationships, I’m counting it.

Nana to Kaoru is for those who like a little kink with their ecchi.

Kaoru Sugimura is a 17-year old with a pretty strong S&M fetish and a crush on his childhood friend Nana Chigusa. The two find themselves in an S&M relationship through a series of circumstances that could be called convenient at best.

The short version is that Nana accidentally locks herself into Kaoru’s leather one-piece (that he bought with Nana in mind – but would never have had the courage to present to her). She has

Kaoru is constantly nervous about Nana’s limits, always nervous that if he pushes the boundary too far (or not enough), Nana will quit and their relationship will crumble. Nana is conflicted between the fact she enjoys the rush of S&M, but doesn’t want to seem like a pervert – even to herself.

So sure, Nana to Kaoru is an ecchi series about S&M. But more importantly, it is a psychological romance between two complex characters who are full of conflict and contradiction, and their attempts to figure it out. 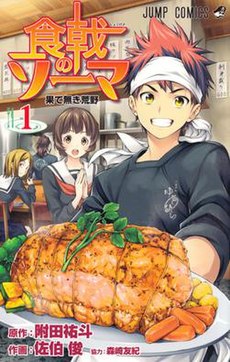 Of all the genres that get crossed up with ecchi influences, one of the last you’d probably expect is cooking battles.

But here it is. Your introduction to Shoukugeki no Soma, known as Food Wars in the West, consists of protagonist Soma Yukihira creating a dish that drives a woman to actual ecstasy. This is the very first thing that happens in the series… right after a scene that implies some things having to do with tentacles.

The only thing that separates the food scenes from sex scenes is the fact that clothes stay (mostly) on, and there’s not any sex, she’s just eating a pork roast.

So that sets the tone for a series that ultimately is about culinary skills and cooking battles, but manages to provide ample fanservice along the way. And it helps that the chefs in the series are actually super cool.

So, I Can’t Play H! (or Dakara Boku wa, H ga Dekinai) is the story of a perverted guy, like lots of ecchi stories are.

But in this case, shinigami (death gods/Grim Reapers) use lustful energy as their source of power. Now, you’re probably thinking about this like she’s a succubus, who needs to acquire… substances… to power her actions in the human world.

That’s not the case. What gorgeous shinigami Lisara Restall is taking from hapless Ryosuke Kaga is his ability to enjoy perverted things. And he’s going to stay that way unless she helps Lisara for as long as she’s on Earth.

This one is borderline from a character perspective. The characters aren’t all that strong, and most can be easily explained away with a single archetype. But Ryosuke is so committed to his promiscuous desires, that he actually becomes a pretty cool guy at times – albeit for all the wrong reasons.