Home
Anime
Top 10 Best Music Anime List [Recommendations]
The anime industry is linked to the Japanese music industry in a lot of ways. Voice actors who play your favorite characters are typically tapped to sing opening and ending themes as well, so a lot of anime stars end up being music stars as well.

But then, there’s also anime about music. And I mean a LOT of it. There’s anime about pop music, classical music, idol groups, and high school band clubs. I’m probably even forgetting a few subgenres.

Regardless of genre, these anime put music front-and-center, and they’re better for it. 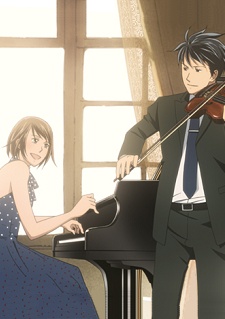 Nodame Cantabile follows the exact same trope as a lot of classical music-centered anime: A stuffy classical musician concerned only with technical perfection meets a girl who plays music for fun, and is completely taken with her. Eventually, he reconnects with the expressive side to music, and grows both musically and personally.

It’s a romantic slice-of-life that plays out through music, and an excellent cast of characters elevates it to something truly unique, despite it not having that many unique plot elements.

Of course, Nodame Cantabile aired in 2007, which is a good bit earlier than most of the anime on the list. So don’t think of it as a copycat – if anything, it did the “perfectionist and free-spirit” thing earlier – and better – than most of its contemporaries. 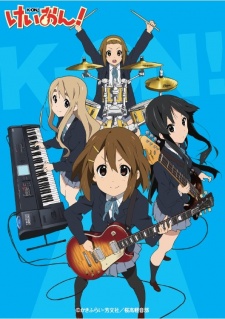 You can’t have a list of music anime without talking about K-On!, which took the anime world by storm in 2009. It still fills anime merchandise stores today.

K-On! is technically about a group of high school girls who form a light music club – and ostensibly a band. Music frames much of what the girls do, and indeed there are a number of catchy pop numbers that come out of the group.

But K-On! is really a slice-of-life in which the girls just hang out together doing random things – largely eating snacks and drinking tea while talking about how they ought to be practicing. And cosplay. Lots of cosplay.

Kids on the Slope (Sakamichi no Apollon) 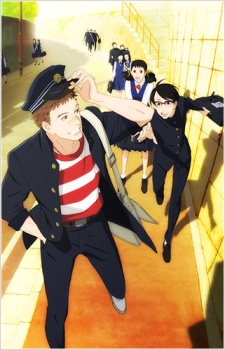 If I start explaining this from the beginning, it’ll sound a bit like Nodame Cantabile. But it isn’t. Because in this case, the stuffy classical musician/prep school kid discovers himself through a friendship with the school bully… and through the magic of jazz.

And this is jazz music in the 1960s, during a time of tension regarding Western influences after the American occupation of Japan (jazz is very much an American art form). There’s a little bit of everything in series: romance, comedy, danger,

Genius composer Yoko Kanno scores Kids on the Slope, and so there isn’t a single episode that goes by without a fantastic musical number. And the musical sequences are rotoscoped, so the animation shows a lot of sharp animation in which musicians on screen actually look like they’re playing their instruments. That’s not always a given. 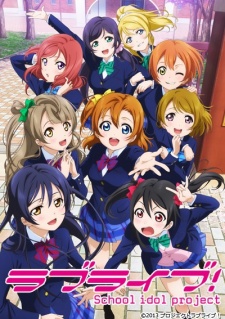 One of the hottest anime franchises in the world right now, Love Live! follows the story of Honoka Kousaka, who is trying to save her school from closing by raising its profile with a student idol group.

The group has a difficult time between recruitment, a resistant student council, and of course the whole “learning music” thing.

Think Sister Act 2, but with (a lot) less Whoopi Goldberg and (a lot) more moe cuteness. 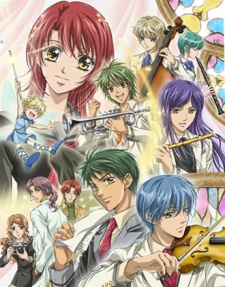 This could not be more of a shoujo anime if it tried. We have the trifecta of hot guys playing music, all of them vying for the attention of one relatively plain girl, and a magical fairy. There are a LOT of sparkly shots involved, is what I’m saying.

Hino Kahoko one day is granted a magical violin that allows her to play perfectly, despite not having any training whatsoever. However, she goes to a school that has a special branch for elite music students. So there’s your hot guys, right there.

La Corda D’Oro: Primo Passo is primarily concerned about character development, and most of the characters in the male harem go through their story arcs while preparing for the big school music contest. Due to her newfound abilities, Hino is also preparing for the contest, so as you might expect, they tend to cross paths. 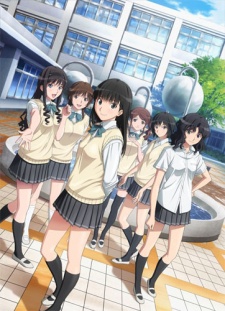