I have compiled a list of my all time favorite psychological anime for you folks to watch. I personally think they are the best and I highly recommend that you at least pick one of them! Enjoy!

Death Note is an interesting anime. A Shinigami (death god) has the power to kill anyone they wish provided they write the name of the person in a notebook (the Death Note). One day, a Shinigami, Ryuk, decides to drop a Death Note into the human realm. The notebook is found by a high school student, Light Yagami, who decides to kill all criminals in the world by writing their names on the Death Note with the aim of being a god. The Japanese investigators seek the help of a young man known as L to apprehend Light, who has turned into a serial killer.

Wouldn’t it be great to have the notebook in real life?

Deus Ex Machina is a God of Space and Time whose leadership is slowly withering out. On realization that he will soon be gone, he organizes a survival game to choose a befitting successor. The 12 selected people are to predict the future in future diaries and fight until one remain standing. One of the contestants is Yukiteru Amano, who has to break the silence in his humdrum life to be part of the challenge.

You should watch Mirai Nikki for the thrill and the suspense created by the competition. It keeps you glued to your TV as you try to predict the next phase.

A mysterious company known as Inferno is responsible for assassinations on the streets of America. The company uses its invisible weapon, Phantom. One day, a Japanese tourist witnesses Phantom in action. He tries to hide but is apprehended by the Inferno leader who brainwashes him, gives him a new name and uses him as a puppet of Inferno. The once peaceful tourist joins a world of deceit and violence and has to fight his way to survive hoping to regain his memory and return home one day. The drama and the action in this anime makes it interesting to watch.

Code Geass is a story of colonialism. The Holy Empire of Britannia conquers Japan in 2010. The once so popular country is now dubbed Area 11. There are bouts of resistance from the Japs. Lelouch, Prince of Britannia who happens to have been exiled and caught in between an ongoing conflict. He meets a girl by the name C.C and gains the power of the king (Geass). He becomes the only hope of ever bringing down Britannia. 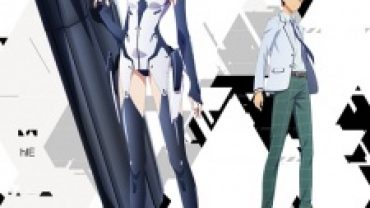