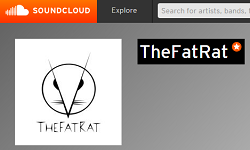 For those that love to create YouTube videos and would love some nice music to put on your videos and monetize them without getting in trouble, I have a solution for you. You can check this article out for more royalty free music.

TheFatRat is a very talented music producer that creates some high quality music. Some of the tracks are eargasmic and excellent to listen to. My personal all time favorite is Unity. Here are my favorite soundtracks from him:

For those that are looking to use his music in your YouTube videos, be sure to credit TheFatRat by linking to his channels below:

And for those that are curious which music you can use and monetize  your YouTube videos, here is what TheFatRat has to say:

That depends on the song.

Unity, Time Lapse, Dancing Naked, Infinite Power, Do Be Do Be Do, Less Than Three, Some Body

You can use those without limitations on YouTube and monetise your videos. Just remember to credit me.

You may use those too, but you have to credit Tasty Records and me and link to the respective video.

Those are bootleg remixes. Most likely you won’t get in trouble using them. But I can’t give you a guarantee.

These are official releases and belong to record companies so I can NOT give you permission to use them.

I made a remix of your song. How about that?

It’s just like the original tracks. If it’s “Unity” just credit me, if it’s “Windfall” credit Tasty too and link to the original video and if it’s “Splinter” you might get a copyright strike.

4 Costly Mistakes I Made When Building Niche Sites
SEO Cheat Guide [Get More Sales and Clients with Stuart Trier]
Case Study: How I Made $477/Month on YouTube
Top 5 Best Content Writing Services - Outsource Articles For Your Website and Blog
Work From Home and Earn $6,000/Month via Freelance Writing with Gina Horkey
[Success Story] How Clash with Ash Grew His YouTube Channel from 0 to 248,176 Subscribers in 1.5 Yea... 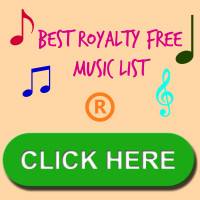