Black Waltz 3 is a 5-star unit that plays the Magic Attacker roll. For a 5-star, his stats are pretty decent and his skills limit him to a few key points.

Black Waltz 3 focuses a lot of Lightning damage having several attacks of that element. 2 Active abilities and 2 thunder spells.

He also has a lot of debuff capabilities with his other spells and skills. Mist and Electric Mist for statuses and resistance decreases.

While also having Sleep and Blind for more status ailments. His move Proof of Existence is an interesting one because it’s a 50/50 random effect move.

It has 50% chance to raise all of the caster’s stats by 100% or cast berserk on the caster with a 200% ATK boost. This can be a good or bad thing depending on the situation.

Overall, Black Waltz 3 is a decent 5-star with good Lightning coverage and a few good debuffs. However, there are better 5-stars out there with better magic damage capabilities.

Verdict: Not a  bad unit but can be overshadowed by better 5-stars. If you’re a fan of the character then, by all means, use him.

Black Waltz 3 is neutral to all elements and status ailments.

A black mage who appears in tales of Gaia, a world foreign to this one. Black Waltz 3 is a black mage developed at the behest of Queen Brahne to serve as part of the Alexandrian forces. More powerful than regular black mages, his kind came to be called the “Black Waltz.” Three of them are known to exist, and Black Waltz 3 seems to be the acting leader among them. 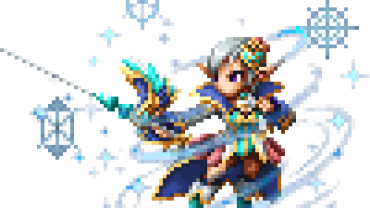