Bran is a 6 star unit who plays the dual role of Physical Damage and Support. His stats are very well rounded and skills are set up perfectly for the two roles he has.

Bran has a good coverage over the lightning element and even a 30% resistance with his Trust Master. He has two Thunder spells and the abilities Thunder Thrust and Shockstorm, both of which are great damage dealing attacks.

On top of the lightning element he has Lightning Shield which further increases Lightning resistance. And he has Thunder Clap, his final skill which deals heavy Lightning and Light damage while decreasing resistance to both by 50%.

His ability Elven Song is a great healing attack for HP and MP. And he has a nice number of resistance building attacks for both Lightning as stated but Light as well.

His Limit Burst is one heavy hitting Lightning attack and great with his abilities to decrease lightning resist on enemies. And for his equipment its not to bad off but nothing special either.

Bran is neutral to all elements and status ailments.

Bran can equip 5 weapons and 6 armor

The head soldier of an elvan tribe, especially talented in literary and military arts. Long ago, he lived in an underground castle in Gronoa where he was in charge of rounding up survivors from a tragedy which had befallen them. Though the typically strict, law-abiding and conservative elves disliked other races like humans and dwarves, it appears he had a sweet spot for their arts. 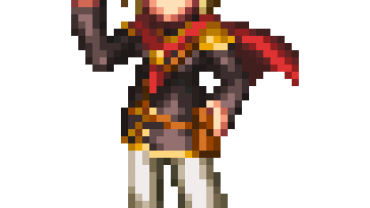