Charming Kitty Ariana is a 6-star unit that plays the Healing and Support roles. She is a very well rounded character in her stats and her skills are very well set up for her roles.

Much like the other variations of Ariana, Charming Kitty is not a bad unit by any means. She is 100% a gimmick character like the other two but she is very usable regardless.

There’s no hiding what her purpose is. She is filled up with great healing skills and support skills that will absolutely outfit your party in a fight.

Her healing skills all restore good amounts of health. And her support moves focus a lot on giving resistances, boosting stats, and curing status ailments.

With some of her skills, she can almost be seen as an all in one unit that plays the part a lot of other healers and supports would. For how much each of her skills can do, she can really carry a team if used right.

Her limit burst is nothing too special but definitely has its use. And her equipment is pretty basic but expected for the roles she’s playing.

Verdict: Like the other two, if you like the artist she’s based on then totally use her. Gimmick aside, all around good unit.

Charming Kitty Ariana is neutral to all elements and status ailments.

A beautiful singer from a distant world, whose goal is to bring love and grow peace in the realm. A natural born singer who started performing ever since she was a child. The combination of her incredible vocal range and her passion for music made her a force to be reckoned with! 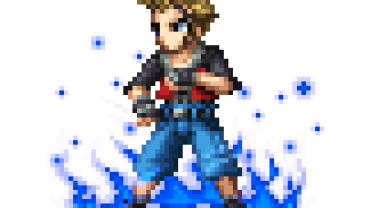