Christine is a 6-star unit that plays the Magic Damage role. Her stats are really good for a magic unit and she’s outfitted with a lot of Ice elemental skills.

She is an Ice based character. A lot of ice coverage with nearly all of her attacks and when she isn’t using an Ice attack she has nothing but Debuffs for the enemy.

Her Debuffs both decrease stats with an added status ailment tacked onto them. Now, what makes her interesting is her conditional skills.

With Winter Fall and Hand in Hand, she gains access to her conditional skills. Hand in Hand being more interesting because that allows allies to access one of her skills, Ice Shards.

Christine is a great team player with her ability to set up stat debuffs for allies to attack. And being able to set up Ice Shards for her allies really pushes it across the line.

Overall, Christine is basically an Ice mage. She is perfect Ice cover and definitely worth using if that’s something you’re looking for.

Verdict:  A great Ice unit. Good for coverage and her conditional skills are an added bonus.

Christine is neutral to all elements and status ailments.

Christine can equip 4 weapons and 4 armor.

A young girl who lives with a snowman in a cave located in the mountains. Christine has the mysterious ability to turn everything she touches into ice, and her appearance never changes regardless of her age. When the people of a nearby village grew fearful of her powers, this lead her to isolate herself in an ice cave so as not to cause the villagers any harm. Her snowman friend appears to be a gift she received from someone very special. 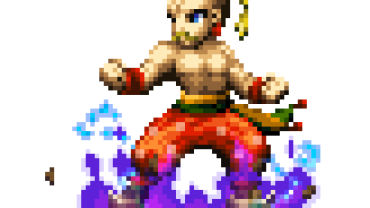