Be sure to watch the video above to get all the fine details of this guide. All information is referenced from the video.

This guide is about the Ifrit Trial event in Dissidia Final Fantasy Opera Omnia. We’ll go over what the event is about, what characters to use during the event, and how to prepare for it.

The Ifrit Esper Trial event is going to give us a chance to collect 2, 3, and 4-star materials that will allow you to level Ifrit up beyond level 5. Through the story, you can get all materials needed to reach level 5 but after you will need the event to go beyond.

You can get other kinds of rewards from the event such as Summon Tickets, Gems, and even more. This event is a two-part event, whether or not they release it globally doesn’t matter we’ll be covering both parts anyways.

Part 1 contains 5 stages and part 2 contains 2 stages which are very difficult. Stage 6 is a level 60 difficulty and 7 being a level 70 difficulty.

The feature bosses are the land turtle which appears at stage one, Behemoth at stage 2, Red Giant at stage 3, and then Chimera at stage 4. Then stages 5 through 7 will contain a mix of these bosses but all of them will have buffs on them.

A weekly banner has also been released with this trial so you can pull weapons from that. But the one you want is Clouds Crimson Edge.

It’s a sword weapon that removes enemy buffs when it lands a critical hit. And this will be extremely helpful for this trial.

Definitely get your Ifrit to level 5 because the new boss Chimera is weak against fire so that’ll be helpful. Having your Ifrit at level 5 also has him prepared to be pushed beyond once you do the event.

It’s good to have one Bravery Battery character as well, a great one would be Yuna, One Magic DPS, and one Physical DPS. You should also consider farming fire crystals for Vanille.

She can be a valuable asset in this event especially against the Chimera boss. And that’s the next thing we’re going to talk about.

During the fight, the Chimera is going to start buffing itself depending on its health percent. At 80% he increases his attack times 1.8. At 50% his defense raises and reduces bravery damage by 10%, and at 30% he begins regenerating bravery. 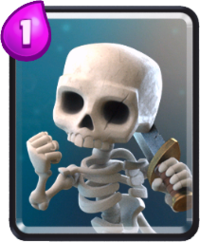