Drace is a 6-star unit that plays the Magic Damage role. She has great stats and a good skill layout along with a very impressive Equipment setup.

Drace is set up for dealing damage very nicely and despite only having a handful of actual Magic her skills make up for that. She has tier 3 spells for Fire, Blizzard, Thunder, and Cure giving her basic elemental coverage and a heavy healing spell.

Her big magical damage dealing will be her skill Revolt which deals Magic damage while ignoring SPR and curing a majority of status ailments to allies.

Revolt acts as a nice double effect move dealing damage and curing allies at the same time. So it’s easy to make that Drace’s staple attack.

Flamephant is her final skill and it deals heavy fire damage to all enemies. So with Revolt, she has a good magic damage attack with status cure effect to it and a fire damage AoE with Flamephant giving her nice damage coverage.

Another big point for Drace is the amount of armor she has access to. Having the ability to equip 9 different armors gives her some good variety in terms of how she can be set up stat wise.

Verdict: A decent Magic Damage unit. Definitely, use her if looking for a 6-star and don’t have one that doesn’t cover this role.

Drace is neutral to all elements and status ailments.

Drace can equip 5 weapons and 9 armor.

A judge magister who appears in tales of the distant world known as Ivalice. Female judge magisters are extremely rare, and as one Drace is skilled in both the art of war and magic. She has also been entrusted with crucial missions by Emperor Gramis alongside Gabranth. Disliking the callous nature of Vayne, the Emperor’s oldest living son, Drace hopes that the kind and wise Larsa, Vayne’s younger brother, will inherit the throne instead. 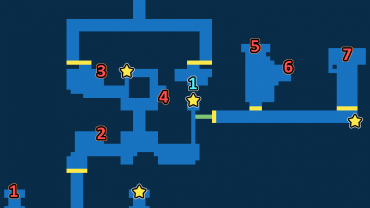