Edward is a 5-star unit that plays the Support role. He has pretty expected stats for a 5-star but his skills are what you’d want from a Support unit.

Being a Bard, all of his skills are song-based and they are pretty good. Each one of them either inflicts a status ailment or increase/decrease stats.

All except Requiem which deals dark damage against Undead enemies. He also has Hide which is great for a character as squishy as Edward.

In all fairness, there are plenty of better Support units out there but for a 5-star he is not horrible by any means which kinda events him out.

His equipment is poor, his traits are pretty disappointing although Pharmacology is good for healing. His Trust Master, however, is brilliant for this character.

Giving a boost to DEF/SPR/MAG and a 25% boost to Fire, Ice, Lightning, Light, and Dark. That is great for a support and bumps him up a little higher on the totem pole.

Verdict: A decent Support unit especially for a 5-star. But he can be overshadowed by the more powerful 6-star supports.

Edward is neutral to all elements and status ailments.

Edward can equip 5 weapons and 5 armor. 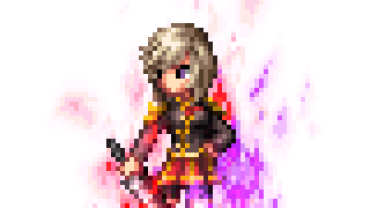