Yun is a well rounded 6-star character and a great offensive attacker. His basic attack stat is decent for a 6-star and his skills are all built around dealing heavy damage.

Many of his skills are there to boost his attack making each of his hits more powerful. Gaining attack boosts from Passives like 50%(Beast-Killer), 50%(No Pressure Friend), 30%(ATK+), and his two actives Crimson Rage and Inferno Rage adding multipliers to his next normal attack.

His skill Angry Peck is also something worth mentioning being a heavy hitting move in its own right. It has a 2X multiplier on damage and ignores 25% of enemy defense.

Similar to Angry Peck is Yun’s final skill. Blazing Combo deals fire physical damage with a 1.85 multiplier and ignore enemy defense. As a plus, it lowers one enemy fire resistance by 30% for 3 turns making any fire damage after more susceptible for use.

Yun’s limit burst is great for his character type giving an even higher attack boost multiplier of 4.3X. It also ignores 50% of enemy damage and adds a 40% defense decrease to one enemy for 2 turns.

The downside to Yun is that he may have great attack capabilities but he can potentially suffer in survivability. His defense isn’t horrible but not very good either. And even with his own recovery skills he’s just not 100% with out having a support at his back.

Verdict: Yun is a great character for anyone to use and I highly suggest him.

Yun is 30% resistant to fire and neutral to all elements and status aliments.

Yun can equip 4 weapons and 5 armor

A silent warrior atop a chocobo who donned a curious piece of armor. Yun lost his parents during infancy after monsters viciously attacked his village, leaving nothing but death in their wake save for a single chocobo. Yun befriended the feathery creature, and they eventually left together on a journey around the world. The experience he gained through their rigorous journey helped him to develop unique battle abilities which he vowed to use to destroy the monsters that took the lives of those dearest to him. He is said to have continued his crusade against monsters until an illness claimed his life. 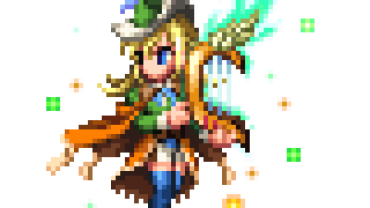