Fidel is a 6-star unit that plays the Physical Attacker role. His stats are great for his role and his skills give him nothing but damage dealing abilities.

He has 6 active skills and each one deals physical damage. So, in terms of ways to deal damage he has a good few to choose from.

He has good Wind coverage Air Slash and Cyclone Blade one doing Wind damage and the other decreasing Wind resistance by 50%.

In his Traits, he doesn’t have anything too special that really sets him over the edge as amazing. But he does have a skill that gives him a chance to evade fatal damage.

Overall, he’s a pretty good physical attacker. Not amazing, not horrible, really middle of the road and that’s really what you want when it comes to attackers. Not everyone can be one shot kills.

Fidel is neutral to all elements and status ailments.

Fidel can equip 4 weapons and 6 armor.

A young man from a distant world who appears in one of many tales about the ocean of stars. Fidel is from the Kingdom of Resulia on the underdeveloped planet of Faykreed IV, and he made a name for himself around S.D. 530. He learned his skills with the sword from his father, a famed military advisor for the Resulian forces, and is the instructor of the Camuze School of Swordsmanship his father had founded. Although always cool and collected, as well as gentle and honest, something intense seems to burn deep within him. 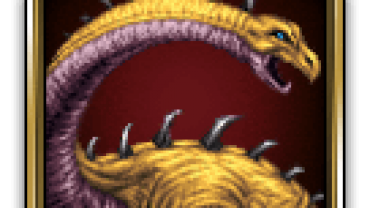