Fina is a 6 star unit who has the dual role of Healing and Support. Fina is built perfectly to play both of these roles with both her stats and her skills.

Her stats are well rounded giving her just enough HP and MP to keep her alive long enough to be useful. As for her abilities they are perfect for a healer or support in several different ways.

Her magic set up is pretty much a Healer’s delight of white magic spells. All levels of the Cure spell giving her a wide range of healing magic.

She has Esuna and almost every status removing spell like Blinda, Poisona, and Vox. She also has Raise being a great revive spell and Banish to actually deal damage when she needs to.

So from a magic stand point she’s a great White Mage style character and really plays the role nicely. And her abilities follow up pretty well on their own.

Her final skill Superior Healing is the real heavy hitter for her roles though. It’s basically a heavy heal and cures almost all of the main status ailments.

So all around Fina is a perfect dual role unit for healing and support. Her only real downfall is lack of equipment and the fact that she’s a support so she’s kinda squishy but not as squishy as other healers or supports.

Fina is neutral to all elements and status ailments

Fina can equip 3 weapons and 4 armor.

A young girl who emerged from an earth crystal with no recollection of her past save for her name. Fina’s lack of general knowledge prompts her to act with the innocence and curiosity of a child. She is proficient with white magic and the bow and arrow, though where she acquired such impressive skills, she cannot say. 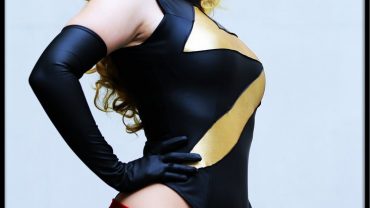