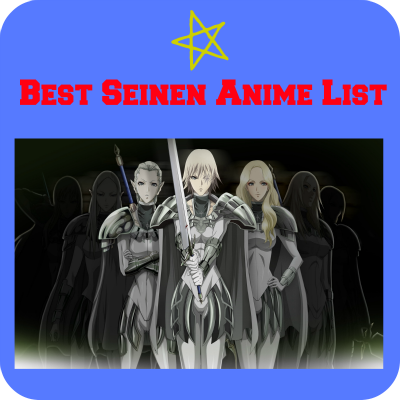 When I was younger, I enjoyed Bleach and Naruto a lot. As I got older, seinen anime started to appeal more, especially those with deep story lines and some gore involved. Here are my top 10 picks for some really good seinen anime that I have watched over the years.

Summary: Shinichi Izumi is a normal high school boy whose right hand has become infected with an alien parasite that names itself “Migi” (“right”). Migi is the first parasite to develop a symbiotic relationship with its host, as he and Shinichi slowly develop a grudging friendship. Migi isn’t the only Parasite on earth, however, and as cases of Parasites killing humans begin to emerge, humans seek to kill off Parasites. Shinichi and Migi find themselves caught in between these two sides of the struggle over planet earth.

Thoughts: Now I am a big fan of suspense anime with plenty of thrilling scenes. This anime did not fail to disappoint at all. This anime draws you in with the anticipation of perhaps someone’s demise or surprise plot holes. The narrators are also ruthless when it comes to deaths. That will really put you at the edge of your seat as you REALLY don’t want your favorite character to die. The gore might be a bit too much for some folks though. Other than that, it is a great show.

Summary: In the future, life between the digital and physical world has been blurred. The boundary of technology and humanity has been stretched beyond imagination with lives being led in both the electronic and physical worlds. With the melding of man and machine, a new cybernetic level of existence is being created —an existence that continues to redefine mankind.

Thoughts: It is always refreshing to see strong female leads. If you watch Naruto, you won’t see too many strong female leads, especially Sakura being quite useless in Shippuden. Also, the characters in Ghost in a Shell gets good character development with the screen time they get, and that also includes the supporting cast. The story is also quite unique and that was what drew me in. Oh, and Kusanagi is also quite handful to deal with.

Summary: In a world rife with deadly creatures called “youma”, a young silver eyed woman, Clare, works on behalf of an organisation that trains female youma halfbreeds into warriors with the ability to destroy these creatures. Considered a rogue for picking up a stray child & almost losing herself to her youma side by “Awakening”, she is constantly assigned rather dangerous missions…

Thoughts: If you want to watch fast paced butt kicking warriors with flying limbs, this anime is for you. The main character Claire starts off as a weak warrior looking for vengeance. She grows to become very strong later on. There is also a lot of plot twists that got me glued to the screen during its release. The only thing that I didn’t like was Claire’s questionable “romance” choices.

Summary: Several hundred years ago, humans were nearly exterminated by giants. Giants are typically several stories tall, seem to have no intelligence, devour human beings and, worst of all, seem to do it for the pleasure rather than as a food source. A small percentage of humanity survived by enclosing themselves in a city protected by extremely high walls, even taller than the biggest of giants. Flash forward to the present and the city has not seen a giant in over 100 years. Teenage boy Eren and his foster sister Mikasa witness something horrific as the city walls are destroyed by a super giant that appears out of thin air. As the smaller giants flood the city, the two kids watch in horror as their mother is eaten alive. Eren vows that he will murder every single giant and take revenge for all of mankind.

Thoughts: I know a good portion of you have already watched this, but I think most of us will agree that this is a very well done anime. The narrative is good with plenty of plot twists. It is also a fight for survival against the Titans. The female lead is also quite a strong fighter compared to her peers. I can’t wait for season 2 to come, which I hope will be in 2016!

Summary: Yagami Light is an ace student with great prospects, who’s bored out of his mind. One day he finds the “Death Note”: a notebook from the realm of the Death Gods, with the power to kill people in any way he desires. With the Death Note in hand, Light decides to create his perfect world, without crime or criminals. However, when criminals start dropping dead one by one, the authorites send the legendary detective L to track down the killer, and a battle of wits, deception and logic ensues…

Thoughts: Death Note has got it all – suspense, thriller, plot twists, shockers and a very well done ending. It has been 3 years since I last watched it and I still can remember some of the scenes from the show. The best part about the show is the battle of wits of Yagami and L. 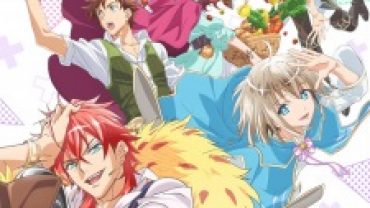