Helena is a 6 star character who plays the Support role. Her stats are great and her skills are built very well for the role she’s given.

Right off the bat, Helena is built very similar to a Thief. Having the skills Pilfer, Mug, Hide, Escape, and Throw all of which are very helpful skills in their own right.

Her moves Urgent Rebirth and Undiscouraged Heart are great healing moves for revival and status protection. Where as Super Aid and her final skill Endless Dream are great HP heals giving her a lot of coverage in several different Support fields.

Her limit burst Mysterious Collection is a great use of damage and buff. It deals physical damage and boosts parties stats for several turns giving a great party wide buff.

Her equipment loadout is fantastic giving her a wide variety of weapons to choose from. For a support her weapon choices really are impressive.

Helena is neutral to all element and status ailments.

Helena can equip 11 weapons and 5 armor

An self-proclaimed adventurer, travelling the world in search of romance. Having read the legendary explorer Montana’s auto-biography, “Montana’s Adventure Log,” at a young age, she decided to follow in his footsteps and become an adventurer herself, at which time she left her hometown. Though not particularly adept at fighting, her quick wittiness has somehow helped her to continue along on her journey. 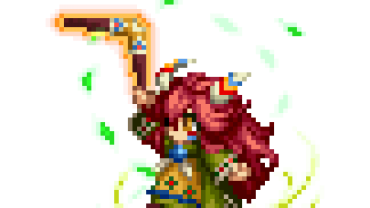