Illusionist Nichol is a 6-star unit that plays the Support role. For a support, Nichol as very good stats making him able to stand up nicely on his own without relying on another character like some Supports and Healers.

The first thing to note about Illusionist Nichol is most of his skills are Support based. The only damaging things he has are Disenchant, Illusion – Phantasmal Forces, and his magic and that’s good because his MAG stat is pretty decent.

The rest of his setup is all Support base with buffs and debuffs. His traits setting him up nicely to give him boosts in the proper places needed.

In his magic, he’s equipped with a tier 3 Water and Blizzard spell, Bar spells for both water and blizzard, Imperil for dark resistance decrease, Osmoses for MP drain, and Meteor which is his heavy hitting spell.

Illusionist Nichol has a nice setup of support skills and magic making him a pretty good use of a character. Having him to generally debuff enemies and protect allies while throwing out Meteor when given the chance

Illusionist Nichol is neutral to all elements and status ailments.

A military tactician for the Olderion Federation. He is the eldest of his family, the Wardens of the Waters. Though he puts his duties as a Warden first, seemingly taking his family for granted, deep down he really cares for his brother and sister. It seems his sister Luka can see down to his true clumsy nature. 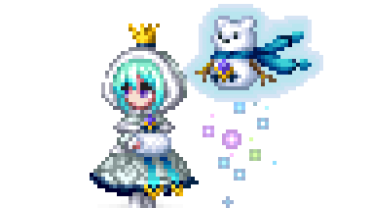