Iris is a 5-star unit that plays the Support and Healing roles. She’s a pretty basic 5-star when it comes to her stats and her skills are well outfitted for her roles.

For a 5-star, Iris is a very good healer with 4 different kinds of healing moves. 2 HP recoveries, 1 MP, and one cure-all for status ailments.

Aside from healing, she has a damage negation move, a stat boost, and Moogle Attack for her only physical damaging move. Iris’s purpose is very cut and dry and easy to put her in the right place.

But like most Healers and Supports she is a little squishy. So you definitely need to put her up next to a Tank or heavy Damage character.

Verdict: A decent 5-Star healer. Well paired with a Tank

Update: With her update to 6-star, Iris is a much better unit having better stats and a few new abilities. She’s still a great healer and paired with a tank and the update only makes her better at what she’s already good at.

Iris is neutral to all elements and status ailments.

Iris can equip 3 weapons and 6 armor.

A young lady spoken of in stories from the faraway land of Eos. Iris is the eldest daughter of the Amicitia family, a prestigious household whose members often serve in the Crownsguard of the Crown City, and the younger sister of Gladiolus. She frequently visited the Citadel from infancy, and thus developed a close relationship with Ignis and Prince Noctis. Attracted to the kindness the prince means to hide behind a strong facade, she has developed feelings for him over time. However, she has somewhat resigned herself to being just friends, as the gap between their social standing would never allow them to be together. 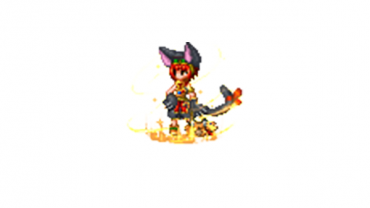