Jean is a 5 star character that falls into the Physical Damage role. She decently fills this role though her skills are built a little lacking to back it up.

She only has 3 physical damage skills and the rest are designed to heal her or play utility. Temper and Mug are her basic damaging skills, Mug having the bonus effect to possibly steal an item.

Aside from those two she has 3 support moves to heal her, heal status, and boost her LB. She also has Throw which given the right set up can be a pretty good replacement for a damaging skill.

Jean’s biggest lack is that her stats and skill set up don’t back up enough force for her to compete against the better physical damage characters that are already in the game. It is definitely nice to have a PD character with heals and status heals but still kind of a downside.

Verdict: There are better Physical Damage characters to use

Jean is neutral to all elements and status ailments

Jean can equip 5 weapons and 5 armor

A member of the rebel organization known as the Raven currently opposing the militant empire of Zoldaad. After losing her parents to the horrors of war, Jean grew up learning from Jake and the other members of the rebel army, and took up arms in hopes of helping her brothers and sisters with their cause. Quick to adapt in battle, she is currently an active member of secret tactical maneuvers being executed by the group. 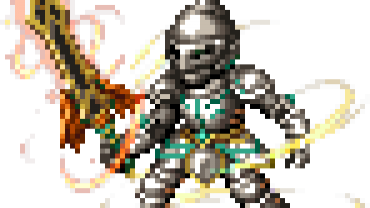